The 5 best Cr1TiKaL commentaries of All Time 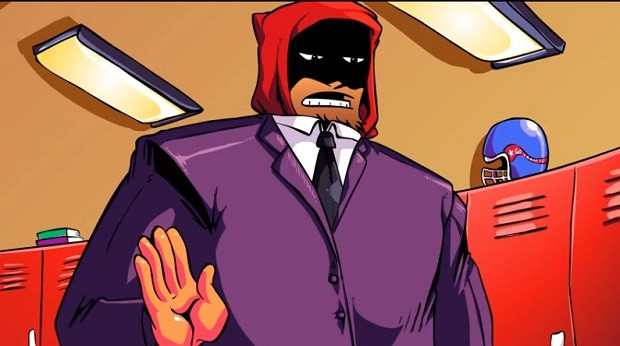 Cr1TiKaL, as portrayed by animator Speedosausage


If you were to bring up your distaste for LP's in a conversation with me (assuming you had one), I would grasp your hand, cup your shoulder, and whisper, softly, "I know, right?". Aren't they usually pretty boring? More than a few avid YouTuber's, despite, seem to have made a pretty damn good living out of it. Record, talk, scream, stop, make a few minor edits, then upload. Instant profit!

Before I get into a blog-length rant regarding the "validity" of LP's (hell, I, myself, have gotten into making them) or how easy it is to exploit YouTube's partnership program, I'll just mention that I don't very much enjoy most LP content that I see. Even the channels I've found myself getting into, like Game Grumps or Two Best Friends Play, have bored or annoyed me to varying degrees on more than several occasions.

However, for as boring as even this guy can be, his greatest hits are some of the most hilarious videos you'll ever have the grandest pleasure of viewing (granted you pick up on and find yourself enjoying his sort of humor). This guy's best annihilates all competition.

Allow me to introduce you to the vast fantastic-ness of the sailor-mouthed scholar with a love of video games and a heart of gold (every cent of his partnership funds goes directly to various charities)... Cr1TiKaL, and his 5 best videos (according to yours truly).

Starting things off simply enough, while the entire thing is worth a watch or more, this particular video is primarily here for one single moment. A moment so aptly re-captured by the (currently) second most top comment:


If you aren't already a devoted viewer, a little context is in order: His most favorite thing in this world is titties. A thrill so primal, yet still so relevant.

Funny.. his enthusiasm towards titties doesn't exactly shine in this or any other one video. The only way to see through his monotone exterior would be to watch a good load of his content. That is when it would be best to watch this.

Nonetheless, it stands on it's own as another one of my favorites.


Whereas most LP's of games such as this see the player(s) overreact to every single meager frustration, this man only knows mere discontent.

He doesn't scream, he doesn't quit when he most would have, he doesn't make stupid faces (nor does he have a face cam). He just reacts. Most of said reactions are priceless, genuine rants of a man just trying to make it through another minute of one seemingly maddening experience. And I love it for it.


"This forest is closed, asshole."

This video further cements Cr1TiKaL as one who is not easily frightened. You can stretch out your arms and jump out of closets all you want, you ghoulies. Because when Cr1TiKaL comes to your door, you'll be the ones waddling away in search of new britches.

And, really, what LP'er would be a self-respecting LP'er without a Slender playthrough?


It's Cr1TiKaL commentaries like these where I wonder if any of it is, at all, scripted. This may be one of his shorter videos, but it's, by far, one of his best.

Indeed. Short, but oh so sweet. I wish life itself was always as enjoyable as watching this for a first time. You lucky bastards.

I've lovingly crafted a YT playlist of his work that I enjoy the most, in case you're interested. It consists of, roughly, 2/5ths of his commentaries. Much of the rest are at least worth a watch.

It'll be good for all involved, both directly and indirectly, to support. I assure you.
Login to vote this up!