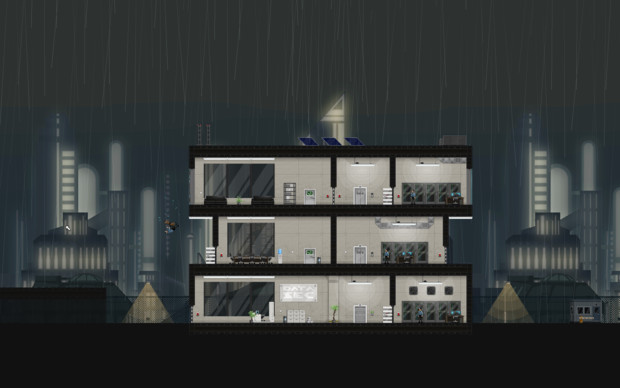 This is why Gunpoint is the best game I've played this year thus far. It lets me play it. I know that sounds cheap and Polygon-ish but, heh heh, I genuinely adore playing every single second of the game. I enjoy planning out my tactics, skulking about darkened corridors and then capitalizing on my own smart movements. Gunpoint has such systems that allow you to pretty much invent your own playstyle. There is also a gadget that allows you to kick doors into people's faces. For that reason alone it is just. Yes. Yes. Yes. It also has one of the coolest soundtracks of the year made by the likes of Ryan Ike, John Robert Matz and Francisco Cerda.

+ you can kick people in the face with doors

+ you can kick people in the face with doors

You can buy Gunpoint on Tom Francis' website, where he will get more monies. Or you can buy it on Steam for 'convenience' or whatever reasoning. Either way, it is cheap and incredible and buy the special+ editions because look at them goddamnit.
#CommunityReviews
Login to vote this up!