8:26 AM on 06.07.2013 (server time)    0
Last month, I told you just how pointless it is to care about how genders (and, for that matter, races, religions, and every other group) are represented in games. I feel it is important that I mention that gender problems do exist in gaming, but simply that the ones people gravitate towards are irrelevances which divert attention from real issues. Far more concerning than how games present women is the roles that women – real women, with actual breasts – are expected to fulfil in the industry itself. To illustrate the latent sexism in the videogames industry, we need go no further than a comparison of the ways in which gamers (or some at least) responded to Jade Raymond becoming Ubisoft’s public face of Assassin’s Creed, as against the promotion by Jessica Negri of Lollipop Chainsaw on behalf of Suda51. 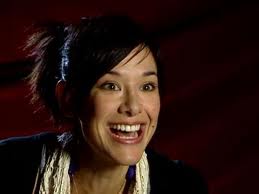 Jade Raymond is an executive at Ubisoft. She also happens to be good looking. Back in the lead up to the release of Assassin’s Creed, Ubisoft decided that she, rather than chubby-faced creative director Patrice Désilets or androgynous, creepy writer Corey May, would be a good person to promote the game. It was perhaps a slightly cynical move, given that as producer she was not the most directly involved in the creative aspects of the game, but it was also commercially sound, and not too different to the way Nintendo use Miyamoto to promote games he’s barely heard of, but which they nevertheless accredit to him. She may speak in a language riddled with executive jargon – talking about franchises and shipping units more than anything else – but she is nevertheless intelligent and, more importantly, involved. 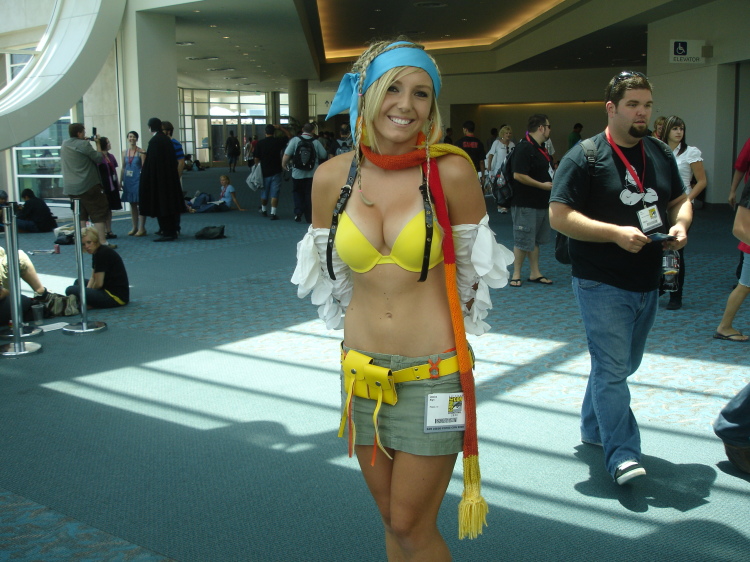 Jessica Nigri did something vaguely similar by promoting Lollipop Chainsaw last year. The fundamental difference was that where Jade Raymond gave interviews clothed, spoke about the game, and was generally a very recognisable and articulate presence, Nigri would turn up dressed in the skimpy outfit of the game’s lead character, and her interviews were limited to being asked who she was dressed as. There was nothing special or interesting about what she did. She is no more than a high profile cosplayer who turns up at promotional events to seduce the sad and lonely into buying a product by presumably becoming the object of their fantasies. Her attire goes some way towards indicating this is her goal.

These facts alone are not particularly interesting or noteworthy. One woman has ‘made it’ in the supposedly male-dominated world of games design, the other has found fame by appealing to the actually male-dominated world of gaming – when we talk about gamer demographics we often forget that the ‘hard-core’ of gaming is a predominantly male group, with women rising in accordance with the rise of casual games for iPhone and Android devices. What makes the comparison of Raymond and Nigri interesting, and in my eyes representative of the problem we currently face in gaming regarding gender, is how this predominantly male group of gamers reacted to these two prominent women promoting their respective games.

Let us start with the response to Nigri. I may be wrong, but I cannot recall any outcry over the use of a scantily clad woman to promote a game. This, I think, is quite sad. Jessica Nigri, like just about every cosplayer out there, displays no skills or ability by peddling her wares (whether this is the costume or what’s underneath is up for debate), happy to become the object of every fetishist’s desires by dressing as this or that character, inevitably a semi-nude anime or gaming character from Japan, the most sexual frustrated nation on earth where maid cafés and the fetishisation of adolescents is normal. The only thing which distinguishes Nigri from most cosplayers is that she is not ugly, and so does a rather good job of becoming the object of a fetish. Indeed, insofar as there was any response to Nigri’s parading herself, it was a positive one, and some went so far as to debate whether or not she was the perfect woman – and in my eyes it is pretty revealing, when you read these dicussions (such as at http://www.ign.com/boards/threads/is-jessica-nigri-the-perfect-woman.452901573/), to see how perfect is defined. The gawky eunuch who initiated this particular discussion on IGN did not give a reason for his belief beyond an interview and several pictures of her in costume.

Where Nigri was lauded for her soft-core pornographic performance, some of the particularly swivel-eyed males in the gaming community were left with dyspepsia at the idea that Jade Raymond, a woman, was able to sustain a conversation about a game for more than sixty seconds, whilst showing none of her cleavage. They were so baffled that they decided to draw a comic of Raymond in a bikini, giving head to bespectacled nerds in the hope that they would buy Assassin’s Creed. They were trying to point out the cynicism of Ubisoft for putting the most attractive person involved in the game at the head of the media campaign (though she also happens to be the most articulate and least boring, even if she were as ugly as sin), but although there is a degree of truth to this, all they demonstrated was that in gaming then, and still now six years on, women are expected to fulfil certain roles. They are expected to be the wenches hanging around at conventions, dangling off the arms of the mighty man behind a game. This is not something that has been fed into by how women are portrayed in games, though it is certainly facilitated by their portrayal, but rather something that gaming has borrowed from manga and anime conventions (an unfortunate custom, in my opinion). Thus the infamous Raymond comic was an attempt to repackage and re-imagine her as a more easily identifiable sort of gaming woman, such as Jessica Nigri, as an antidote to her talking about a game in the way a man like Miyamoto or Levine might. It did not so much tell us about Ubisoft’s intentions as give us an insight into the preconceptions of (some) male gamers. Although many journalists were vehement in their criticism of the comic, I do not recall many of the rank and file gamers making comments being too outraged. Some were, and many thought the comic a little crass, but for the most part people seemed to think that the comic made a fair enough point about Ubisoft’s marketing. As I’ve said, it didn’t: it just showed how people react if their compartmentalised view of women in gaming is contradicted in some way.

Jade Raymond is not exceptional for being a senior woman in games production. There always have been women, from Roberta Williams in the days of Sierra to Kellee Santiago, who runs thatgamecompany, and there always will be. Their numbers are already rising organically as females (incrementally) join the hardcore and stay there. But in the public sphere they are all too often expected to be like Jessica Nigri (or the imagined Jade Raymond from the comic), whose purpose is to use assets like blonde hair, a vapid personality and skimpy clothing to objectify themselves and sell a game. Gaming has enough Jade Raymond’s, but they are not prominent enough, all too often closeted away like a homosexual in the 1950s, while the likes of Jessica Nigri are as whorish with our attention as they are with their choice (or lack) of attire.
Login to vote this up!