Mature is a Dirty Word 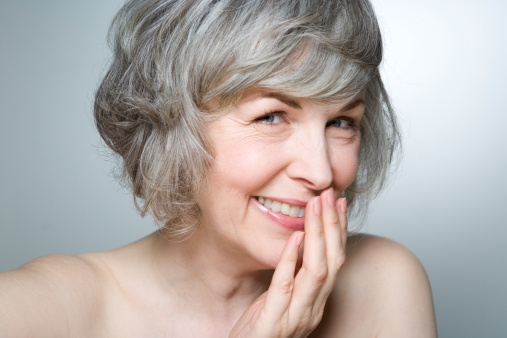 I finally got round to reading my latest copy of games™ the other day. Inside, between a wonderful piece on the next GTA and a bland one about Battlefield number God-knows-what, I found a rather interesting little piece about Hideo Kojima’s vision for the next game in the Metal Gear Solid series. I’ve always found MGS a solid series for a bit of stealth action, but I’ve never been too sold on a storyline which makes high-fantasy plotlines look staid and pedestrian. This being so, I was a little surprised (not to mention worried) to find Kojima employing David Cage’s favourite word to describe his ambitions for the series.

“Videogames as a medium really haven’t matured much in the past 25 years… I think games have a long way to go before they can mature… Honestly, I’m going to be targeting a lot of taboos – a lot of mature themes – that are really risky.”

As much as I respect Kojima as a gaming grandee on a par with the likes of Miyamoto, I was extremely disappointed with his emphasis on the word ‘mature’. It was the word that, for me, soiled an otherwise perfect pitch for the new MGS game, which looks likely to overhaul the series with its new open world approach.

Kojima did not specify what ‘mature’ will be, but I am pretty certain I can guess. By equating mature and taboo, Kojima makes clear that he does not mean mature in the actual sense of the word of fully-developed (which would indicate he was trying to push gaming to such a point), but rather intends to communicate the teenage notion of something ‘mature’ as being something prohibited and out of bounds, typically drugs, alcohol, cigarettes and so on. I have a strong feeling that Kojima intends this as the mature vision for the next MGS thanks to the way he framed the word. Looking at how David Cage has tried to create mature games, we see for example that Heavy Rain revolves around a horrifically adolescent and clichéd view of what maturity is. The four playable characters all have personal demons (Ethan’s dead son, Norman’s drug addiction, Madison’s insomnia), for example. This supposedly visionary game fell flat for me because visionary is precisely what it was not; ‘troubled’ characters have existed since time immemorial, and only when they are compelling and complex, not just cardboard cut-outs with token addictions, are they anything but trite.

I worry that, if a man of Kojima’s stature has seemingly been influenced by the Cage doctrine, what has hitherto existed as a marginal vision of games design might soon gain in clout and recognition. This would be a dire situation indeed: whether or not a game treats a mature theme or an utterly childish one should not feature as a criterion to be met by any designer, especially one as respected and recognised as Kojima.

The Cage doctrine of including ‘mature’ themes intended to hit hard with the audience seems to take its cue from the Spielberg mantra of over budgeted, tritely sentimental films. It is not a sensible direction for games to be heading, for two simple reasons. First, by seeking so blatantly to mimic films (as Cage does in mechanical as much as narrative terms), games deny themselves the opportunity to flourish as an independent medium. Secondly, this sort of heavy-hitting approach, with characters flaunting their troubles and hoping to appear deep thereby, is, to put it crudely, piss poor and almightily boring.

Rather than ‘mature’ becoming the new watchword of the games industry, I would prefer it if a more meaningful paradigm were chosen. I am not presumptuous enough to propose an alternative, but I can categorically state that simply making games that ram taboos and troubled characters down our throats is no way to advance games, unless we want to reduce the medium to the status of bad quality films. This is what Cage has spent his career inadvertently doing, and I sincerely hope that a proper games designer like Kojima does not follow suit in MSG V. If he does, it will be another step towards the acceptance of an absolutely flawed conception of games design. Remember, it’s not just on porn sites that mature is a dirty word.
Login to vote this up!