Representation in Games is a Tedious, Tired, Irrelevant Point of Discussion 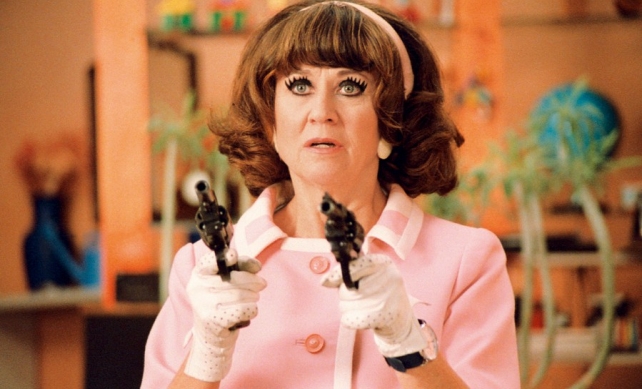 “Political correctness does not legislate tolerance; it only organizes hatred.”
-Jacques Barzun

Of late, it seems to me that the gender representation bandwagon has been gaining momentum. As it makes its creaky way through just about every nook and cranny of the online gaming community, this cumbersome old wagon picks up the strays and waifs here and there, slowly enlarging the number of people compelled to harp on about the supposed problem that games do not represent women adequately, both in number (too few) and in terms of their physical dimensions (too busty, too curvy).  Some have decided that transgender people are not adequately represented. Given that the bandwagon reached its top speed not so long ago, courtesy of Vanillaware, I feel this is an appropriate time to make a very simple point about gender representation in gaming: it’s a waste of time, through and through.

Firstly, let us ask ourselves the question: why genders? For if we reflect on the sorts of characters that prevail in today’s games, we find not only that they are male, but also that they are white, usually American, and take a US-oriented spin on things. In blockbuster FPS titles, there may be no or few women, but it’s worth also reflecting that nations such as North Korea and Russia are presented as pantomimic villains, and that the player inevitably assumes the mantle of one of the guys (white guys, of course). Your superior is usually gruff, but we know he’s a good guy at heart – after all, he’s on America’s side. Looked at in this way, a paucity of women seems the icing on what is already a rather binary cake. It is true that gaming is typically ethno-centric and culturally blinkered in favour of the USA, as well as featuring fewer women than men. Focussing merely on representation of women is therefore arbitrary, and those that do so fail to understand the wider problem of a whole range of cultural biases inherent in games. The male-dominance is only one aspect.

Much the same applies to the supposed misrepresentation of women, which those on the bandwagon claim is an example of objectification. I do not understand why people like games featuring exaggerated breasts, and such games are most certainly not to my tastes – but, unlike some, I do not feel that my own tastes serve as dictates for a multibillion dollar industry. I do not buy games like Dragon’s Crown because they fail to reach me as a consumer, rather than out of some pious ethical conviction with foundations about as solid as sand. The first mistake people make regarding buxom women in games is that it will have a malign influence on how players view women. This is clearly false on a number of accounts: firstly, it is totally wrong to believe that games, especially relatively niche titles (which those featuring oversized boobs tend to be), have the sort of socio-cultural weight to do so; games are more heavily influenced by the society they arise from than vice-versa. More importantly, I cannot think of a single instance where a developer has tried to pass such character designs off as representative (hence there can be no misrepresentation). Most such females tend to appear in RPGs (where they derived their designs from pre-videogame high fantasy conventions), fighting, or hack-n-slash games which make no effort to appear realistic. Like pornography, busty female characters are designed to entertain anaemic young men in the privacy of their own quarters, and it is inconceivable that any sane individual would then take these fantasised images and seek to apply them to the real world. Even if men were somehow encouraged to think like this, there are worse examples of gender stereotypes being reinforced: namely, Ubisoft’s Imagine series of glitzy, typically ‘girly’ series of games, which are aimed at young girls and which promote the most horrifically clichéd image of the sort of things females should like. Unlike the fantasies of Dragon’s Crown or other such games, these titles actually do impact the interests and self-perceptions of impressionable young girls, and yet those concerned with gender in gaming appear more concerned with suppressing male fantasies (an impossible task, I might add), instead of targeting the games that do feed into a real life issue.

Gender representation also goes the other way. There is nothing inherently more or less sexist about a character from Dead or Alive versus the behemoth male protagonist from Gears of War. Massive tits and massive pecks are both intended as fantastical, and despite what some would say they are, in principle, equal in terms of their objectification of women and men respectively. I fail to see how this could be anything other than starkly obvious, yet I know some will find a way to weasel their way around what is in effect commonsense.

I feel I have established, as concretely as I can without being a total windbag, some specific flaws with the hysteria over gender representation. But there exists an even more fundamental problem which the myopic gender-Nazis seem not to have grasped: if one aspires after representation, one must have a goal to aspire towards. Simply demanding ‘greater’ representation is vague and meaningless, and gives nobody any indicator of how far down the line we are at any given point. To be truly representative, a game would have to mirror the demographics of its intended audience. Thus it would have to have x number of males and y females, with a certain percentage white, a certain black, and so on. International releases then become complex: a European release would probably have to have a greater proportion of white people, and the characters would have to look older to reflect Europe’s population. Japanese releases would mean an all Japanese cast, virtually. I realise I have taken the representation to its logical conclusion here, but I always think it best to do so: after all, if an idea buckles under its own weight when taken to its logical conclusion, it’s not a logical one at all. Seeking some paradigm of representation is pure folly, and if we’ve nothing to aim at, no tangible target to reach, then there is no point in even considering the problem.

Yet for all the flaws in their thought-process, I have to thank the representation maniacs, because in pointing out their flaws we reach, almost by chance, the true flaw in games today. If we go back to my first objection regarding the arbitrariness of gender representation versus other forms, we realise that the problem of ‘gender representation’ is really just the prevalence bad writing and limited creative vision. Characters in games are all too-often lazy and clichéd, as are the plots they come wrapped in. This goes for a vast majority of games, from the sparse and functional plot of Call of Duty up to the narrative-driven Heavy Rain. As far as I’m concerned, merely inserting more women or more normal women into games as they are today is pointless (especially when the men are rarely ‘realistic’ in the way that people want women to be). People demanding gender equality make the wrong demand. If the bar were raised for writing in videogames – if the David Cage’s and Corey May’s of this industry were forced to buck up their ideas – then compelling women characters follow naturally, just as male characters would improve.
Login to vote this up!