The Destructoid TF2 Server Has Moved! 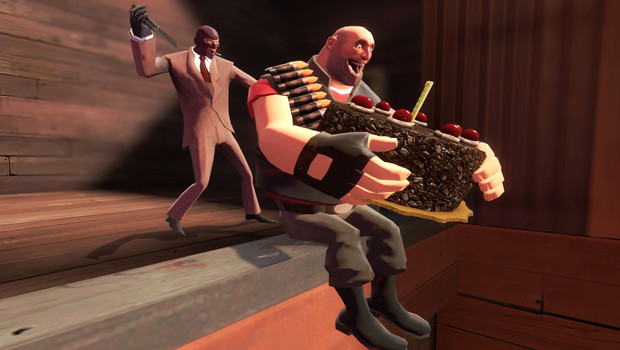 Greetings friends, enemies, and George Clooney, for some reason. I'm here to announce something that may not have been signal boosted to as many people as possible. Anyway, after repeated requests to do so, the TF2 server has moved to a new location. What does this mean? Well a number of things.

1) New server IP - This is most likely the most important part. Due to the move changing servers, the IP has changed. So if you have the old one in your favorites, remove it. The new IP is as follows. Be sure to add this to your favorites!

2) Better pings for the East Coast - Those of you connecting from the East Coast, as well as the UK, should be getting a better ping on the server. Originally, the server was located on the West Coast, in Seattle. The move changed the location to Dallas, Texas, closer to all y'all. The West Coast will receive a slightly increased ping, but so far it's been barely noticeable.

We have been experiencing some issues with the server since last week, which caused me to move the server, yet I'm still having problems. I'm currently working with it, but right now everything appears to be working better. We're having issues installing updates at times, the other admins are unable to login to update the server, and a few other things. Needless to say, I'm working to have everything working better, and am hoping to have stuff running fine again by this Friday Night Fights.

Last thing to note is that Steam has currently released a beta for a new distribution system called Steampipe. The problem is the server isn't set for Steampipe yet, and the users in the beta haven't been notified that they've been updated to Steampipe (or they're not paying attention to changelogs). If you are in the Steampipe beta, you cannot join the server. You will see an error of the server being out of date. If I say the server is currently up to date, then the server is up to date, and you are in the Steampipe beta. However, this is only temporary, as Valve plans to release Steampipe this Tuesday. This may cause a hiccup this TF2sday, but I hope it won't be a huge pain in the ass. We'll see.

Edit: Looks like Valve has released an update to let everyone in Steampipe play on non-Steampipe servers, and vice versa.

Tomorrow I'm going to be wiping the server clean and re-adding some stuff, as well as adding new content. This is where I'd like to hear from you. What would you like to see added to the server? Hit me up with maps, game modes, Sourcemod plugins, and more. If I like it, I'll add it at least to try out.

That that about cuts it. Thanks for reading, thanks for playing, and thanks for caring (I think).
Login to vote this up!