That you remember really vividly?

Do you remember the box art for it?

I played a lot of games as a kid, and I mean A LOT, pretty much all demos really because we didn't have any money. Some stuck with me, some didn't. I have vivid memories of playing (and loving) Midnight Resistance on my cousin's Amiga, the early Sonic games on the Megadrive, Streets of Rage, Sol Feace, Revenge of Shinobi, Virtua Racing 32X. I'm leaving a lot out here obviously.

One of the games I remember most vividly though is Doom.

Doom scared the hell out of me as a kid (I think I was about 6 or 7 when I first played it), I remember booting it up and creeping through corridors, fighting off imps, rushing to grab the chaingun or a rocket launcher the first chance I got, and a cold shiver running down my spine at the oh so familiar cry of a Baron of Hell. I don't think it helped much that I first played it on the Sega 32X (FPS gamepad controls weren't up to much in those days.)

What I remember most about Doom though, and specifically the first Doom, was it's box art. 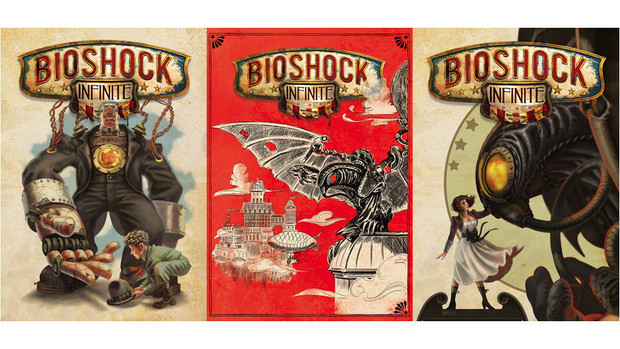 I was kind of hoping given the topics and themes it seemed to be tackling that Bioshock Infinite would do something interesting for it's box art, but then it just turned out to be a white guy with a gun, and I felt somewhat under-impressed.

I 'd love to see a few games come out though and try to impress you with their box art. I know it'll never matter anywhere near as much as anything else about a game like the graphics, or the gameplay, or the sound - and rightly so, but it'd still be interesting to see how the box art may in the end help shape the impression of the game that the player has.

So what do you think? Is there a piece of box art that you think really stood out to you?

Is box art pointless?
Login to vote this up!