It's Not a Game, But That's Okay

3:53 AM on 02.14.2013 (server time)    0
There have been a lot of games recently that have been getting a lot of attention for their unique and untraditional approach, often focusing around narrative or atmosphere instead of action or a test of skill. Games like Proteus, The Walking Dead, and Dear Esther for example. Because of their unusual methods some people have been protesting at calling these “games”. You see people saying things like they shouldn't be winning “game of the year” awards, or that they shouldn't be sold as games, or that they shouldn't even be covered by the gaming press. These comments are usually said with a scornful tone, as if because these things aren't games, they are somehow lesser and undeserving of our attention.

Because of this people often try to skirt around the issue. Saying that it's irrelevant and a waste of time to talk about, and we should just try to appreciate these games on their own merit, rather than worrying about whether we should be paying attention to them.

But the way I see it, both sides of this issue are right and wrong. 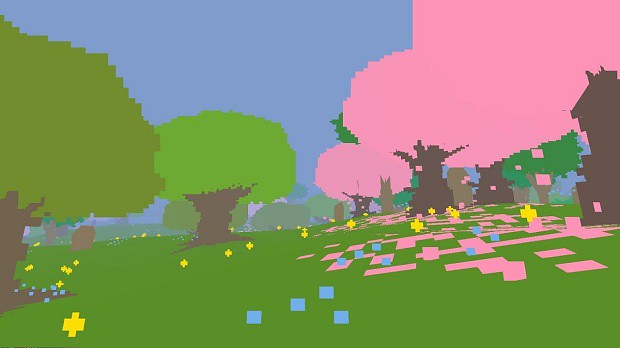 As videogames as a medium has evolved it has become apparent that the way designate genres has become maladaptive. The term “RPG” has little to do with the actual appeal of the genre, for example, and it could be argued that the idea that it is even a genre of its own has become obsolete, with almost every type of game including “RPG elements” now. We designate genres by their camera angles and country of origin instead of their mechanics and themes, we group games together simply because their game worlds have a superficially similar structure, and the terms “action” and “adventure” have become so widely used that they have become almost meaningless. We don't know how to categorise our medium any more, and I think it's time we cleaned things up.

I also think that this muddying of the waters has lead us to categorise things as games when we shouldn't do. Figuring out what game should fit in to what genre is one problem, but first we need to work out exactly what a videogame is. That means some things that we currently call “games” may have to be thrown out, but this isn't a bad thing at all.

From here on out, I'll be referring to these things that I don't think are games as “not-games”, since I currently don't have a good name to call them as this point. Perhaps they may even fall in to several different categories, but for the purposes of this editorial, I'm focusing on whether or not they count as games. 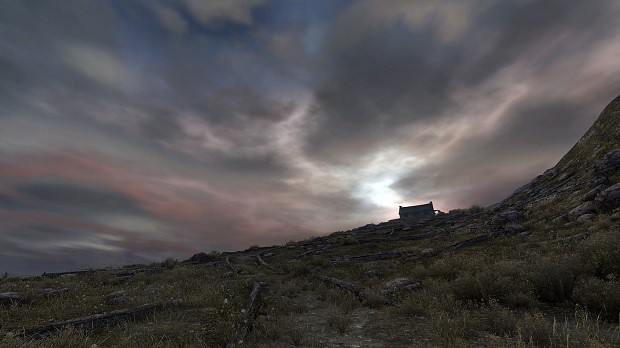 So what is a game? Games have been defined as being unnecessary tasks we set ourselves simply for entertainment, or merely a set of interesting choices, but I like to be more specific than that. There are several things I find that are common to all games, video or otherwise. Firstly, their purpose is to give you an objective to achieve, and achieving that objective counts as a win state, such as defeating an enemy or winning a race. It may even be something more arbitrary, like finishing all tasks required on the “critical path” towards finishing a story. Secondly, there are mechanics. These are the tools you are given that allow you to interact with the game world for the purpose of achieving the objective, like your weaponry or move set. Lastly, you have the rules. These tell you what things that you are restricted from doing in a game, but in a videogame they are incorporated in to the mechanics, because the game is not able to allow you to commit an action which it has not specifically laid out for you. You can't make an illegal move, because that move simply does not exist. Failing to correctly utilise your mechanics or pay attention to the rules will result in you finding yourself in a lose state, from which the win state is impossible. These restrictions are what give the game challenge, and are in theory what makes games as a concept entertaining.

Now if we look at some of these not-games, we can see that they don't fit this definition. On the surface they may appear to show similar traits to games, like a similar perspective and control input, which is why I think people erroneously think of these as games, but on closer examination we can see that they're not. 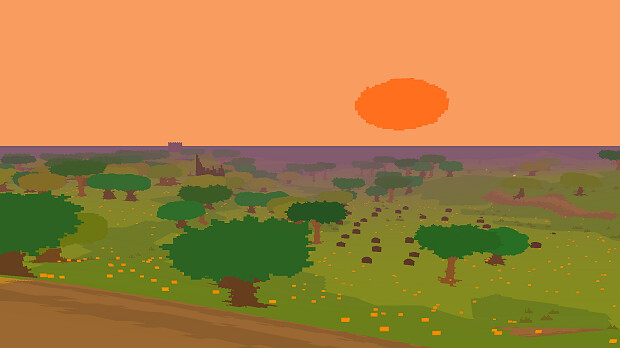 In Proteus there is no objective, no win or lose state, and no mechanics that are designed to be used as tools to achieve an objective. You simply have the ability to walk. Movement can sometimes be a mechanic in a game, such as in platformers, but in Proteus it is not used as a tool that requires skill to be used towards any goal.

Dear Esther shows similar traits. There are no mechanics allowing you to interact with anything, and movement is even more restricted than in Proteus. You simply walk down a path and at certain points a piece of narration is triggered. Sometimes the path diverges slightly, but it has no baring on anything that would resemble success or failure. 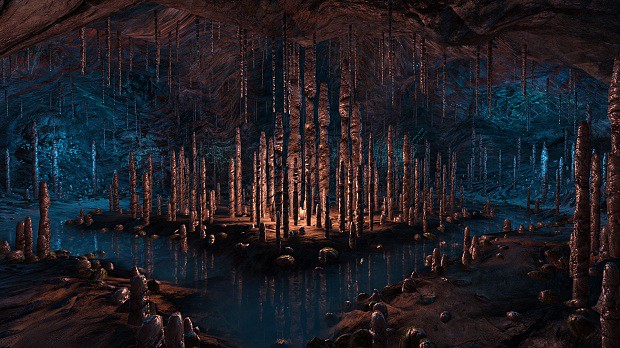 The Walking Dead is a much less clear cut case. Personally, with this one I'm not sure I would go so far as to say it's not a game, but it certainly shares a lot of features with these not-games. It's kind of halfway between the two, and perhaps shows how this topic is more nuanced than the simple dichotomy of “is it a game or is it not”.

The main feature of the “game” is the story and conversation system. Your main focus of interactivity is around how you choose to treat other characters, and certain choices that alter the story somewhat. These choices result in characters treating you differently, or minor alterations of events in the story, which are usually relatively inconsequential in the overall plot. But almost none of these choices ultimately end in a “win” or “lose” state. It's hard to see the ability to choose dialogue as a mechanic either, at least in the sense of it being a “game”. Your only level of interactivity is choosing from a list of responses, but they often aren't consistent. They're not like the “Paragon” or “Renegade” dialogue choices in Mass Effect, for example. They are a lot less clear cut and less binary than that. This is part of the reason why the game has such great writing, but what it definitely doesn't represent a solid and consistent tool set or rule set. But as I mentioned before, sometimes simply reaching the end of the sequence of events that conclude the story can be considered a win state, although in The Walking Dead you can't really “fail” at the “mechanic” of conversations that lead you towards that. 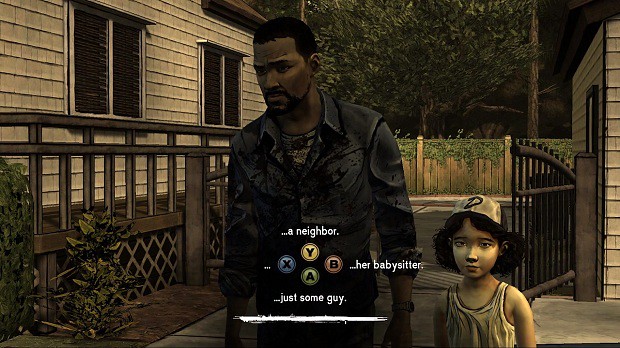 There are also other aspects of the “game” which are much more game-like; the puzzle segments. These are much more like the mechanics of a traditional adventure game, which are focused around having a set number of actions you can perform, and you have to work out what actions you use with what item/character/object to progress. In The Walking Dead the mechanic is so simplified that it's barely a mechanic at all. For the most part, you don't have to figure anything out. You usually don't have many options for what you can do in any given puzzle scenario, you basically just have to pick up the right item before using it on the thing it's meant for. Sometimes it's more complicated than that, like in the stealth sequence when you first reach the motel, or in one of the various shooting sequences, but are these really enough for them to be called a “mechanic” rather than simply being QTEs or busywork used to progress the plot? I'm unsure on this myself, which is why I'm not confident putting it in the same category as Proteus or Dear Esther, but it's not quite a game either.

“So what if these aren't games?”, I hear you cry. “That doesn't mean they're not fun or I shouldn't be allowed to enjoy them.”, and you would be right. But if we want to get the most out of whatever medium they are, then we should be clear on exactly what medium they are not. They should be free of the shackled of the definition of games, and all the misplaces expectations that brings. Calling these things games would be like grouping graphic novels in with Charles Dickens' works, or calling a quad bike a car. They may have some similarities, but if we judge the merit of one by the standards of other, then we will be doing it a disservice. To be sloppy and too loose with the definition just devalues it and adds confusion. To be stricter with definition improves the vision of what a medium is and what it is trying to achieve, allowing for a clearer progression towards greater heights in each field. Distinguishing one from the other doesn't make it worse, it just allows us to understand better what we are describing. Just because Watchmen is a graphic novel doesn't mean it's any worse than David Copperfield, and a quad bike isn't worse than an Audi A6 because it's not a car, they're just for a different purpose, and their definitions reflect that. 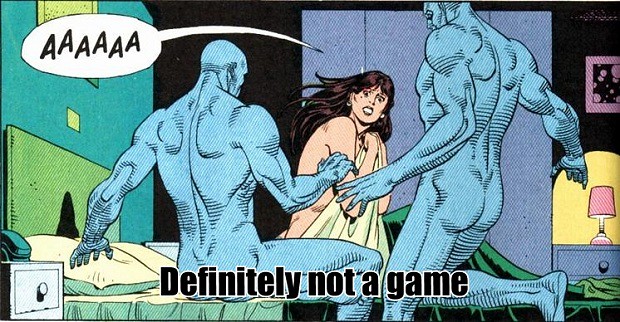 Nor does this mean that experimentation is bad and that we must only ever stick to things that we know we can define. If that was the case I wouldn't have anything to write this piece about. I think it's fantastic that we're starting to see these new and utterly unique experiences that make us question what a “game” really is. But since they're posing the question, surely we should be attempting to deliver an answer. We should be taking this as a chance to acknowledge the birth of an entire new medium of computerised interactive entertainment, not looking down our noses at it as pretentious and worthless, or ignoring the issue because we are afraid or unsure of what this discussion may entail. Even though videogames are still a relatively young medium, they are already branching out thanks to the exponential advancement of technology, and we should be embracing that and all the mind-expanding experiences it can bring.
Login to vote this up!