12:49 PM on 01.12.2013 (server time)    0
=Ok maybe I lied, maybe it's not a mega contest. I just saw Dredd again and I want to put Mega in front of stuff :P I have no idea what a mega contest consists of but there's a few different prizes and they're pretty spiffy. Details at the bottom if you feel like skipping the pictures of my Room of Doom! Edit: CONTEST OVER, I'll select winners tonight probably ;p

So gaming setups... What happened to them? I haven't seen one in forever and there used to be a weekly setup posted on the front page from an archive of them that have been saved up? Shame as they were my favorite blogs to read here :/ Hopefully they'll make a comeback someday, but enough of being jaded so let's get at it!

*Note: I am a firm believer of being super lazy so I didn't really clean up so there's random shit all over. I'm not really sorry :P

Let's start off the the left corner. Starting off with a Wall Scroll from FLCL, Malcolm Reynolds Wanted print (signed by the Fillion!) and a replica Phurba Dagger. 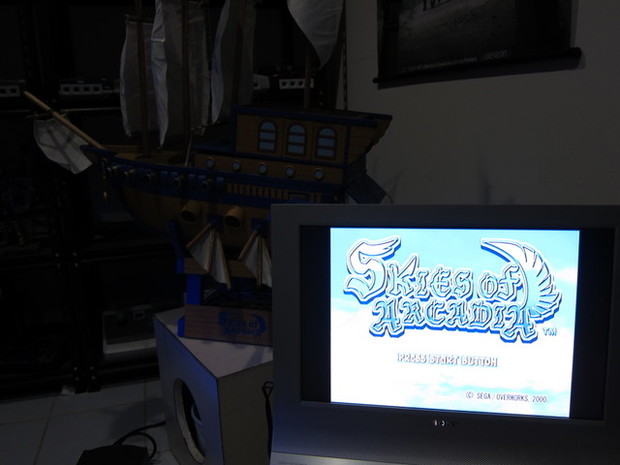 *PHEW* That was a lot to go over. CONTEST IS OVER

As an end cap, I also did a video of the room although the quality isn't really amazing. Still you get some commentary and I showed some stuff that's not in the pics.