My Most Anticipated Games of 2013

7:22 PM on 01.06.2013 (server time)    0
2012 was one of the weaker years for gaming, for me, in recent memory. There was nothing I played that came close to my top three of 2011. Most of the most worthwhile games of last year were short, downloadable games; there was little in the realm of full retail type experiences that I could get anywhere near as immersed in as the likes of Skyward Sword and Skyrim. Anyway, I still need to play The Walking Dead, to find out what the fuss is about on that one, and Retro City Rampage, when it finally comes to Wiiware, before I finalize any kind of personal 'best of 2012' list (maybe I'll count the latter as a 2013 game). But for now, a most anticipated of 2013 list! If some of the games on this list pan out (not to mention, some of the games not on this list, like Killer is Dead), I see 2013 being quite a bit stronger a year than '012... 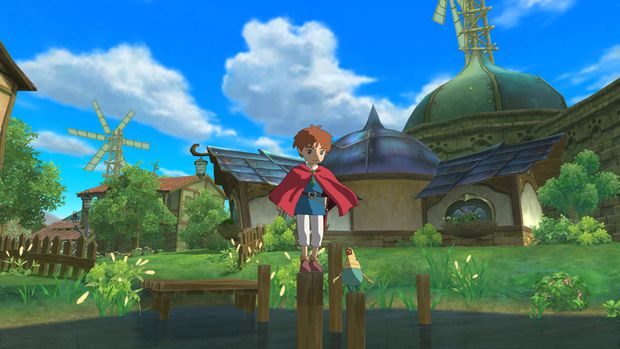 I debated the order of these top three choices. But, despite some trepidation regarding the turn-based combat and possible grinding that's why I'm not often a big JRPG fan, I'm giving Ni No Kuni the top spot. I mean, the game looks deep and unbelievably beautiful, and I can see myself being absorbed into its world the way only a few of my very favourite games have ever accomplished. The fact that Studio Ghibli is behind this project lends credence to this possibility – the worlds of their films are charming and endearing and beautiful. And seeing these worlds through their films is great, but I'm getting this feeling, that that will pale in comparison to the experience of actually being in one of their worlds. ...And it's coming this month!
Login to vote this up!