Final Impressions VS: Spec Ops: The Line and Half-Life 2 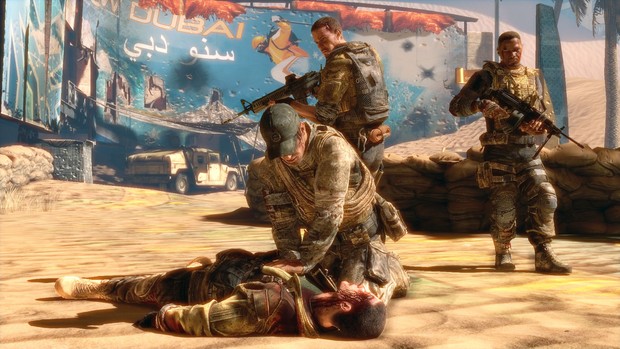 Now, two things that may be seem as flaws but aren't. The game is short. I finished it in 5 hours, which would make many people groan because of this. In fact, its shortness help to keep the game from stretching its story thin, and it helps to incentivate you to replay the game. It also keeps the pacing of the game even, without getting too fast nor too slow.

The second thing many people may criticize is the ending. I will not spoil it for you, but the end is one of those that you never saw it coming, but it gives you a lot of meaning and make all that you have done to get there even more weight.

So, I really think any fan of shooter should try this game. It have a very solid single player campaign worth playing it twice ( I haven't tried the multiplayer, but there is that too) with a unique story that will make you regret being too trigger happy. If you aren't a fan of shooters, specially the cover based ones, maybe this game is not for you.

Now, I have told you that one of those games do something very right. This game is Spec Ops: The Line. The thing it does very right is pacing. Albeit short, this shortness help the game to tell its story in a meaningful manner. Meanwhile, Half-Life 2 suffers from its pacing and feel like it overstay its welcome. Half-Life 2 would be a way better game in my eyes if it was 30% shorter and some segments, specially the driving ones, were less time consuming.

While Half-Life 2 have a special place in game story, a place it deserves, it is not a game that everyone would enjoy today. Meanwhile, Spec Ops: The Line, is a game that you should look for, because it shows that games can be way more than mindless fun.
#ShareonCommunityBlogs
Login to vote this up!