A Random Assortment of Thoughts 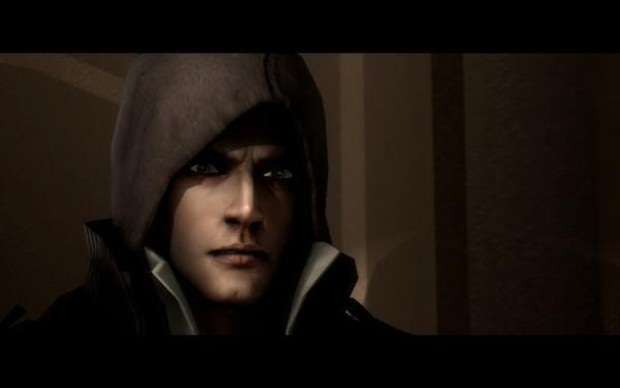 That expression sums the situation up quite well

Finally I bring you to my rage, the boiling blood, and the pure disgust of which i've been witness to on my end, the first although perhaps (we will see but for now) slightly unwarranted at the moment backhand goes to Prototype, for which I recently bought on sale during Halloween for 5$. While I respect the now debunct makers for their tenacity with a new IP, upon loading up the game, I was quite enjoying the cut-scenes, but then upon seeing the game switch to the actual game, was appalled by what I consider, development no-no #1, when making a game, nice cut-scenes are always appreciated, but if they don't fit the true graphical quality of your game, then don't use them. It feels, speaking plainly, like making a new friend, only to promptly have them turn around, and give you a quick kick to the gems.

The second offense of which I was upset with however, was the flaunting of how Prototype is, for all concerned a console port, for when trying to play with a Mouse and Keyboard, as is typical, the lack of refinement or care, was evident. The third, of which I feel was over-hyped is how amazing Prototype is to kill and destroy stuff, now if I had not played The Incredible Hulk: Ultimate Destruction as a kid on the gamecube, I could have let it slide. But from what I could tell, this feels fairly close in play, to just a watered down carbon copy, of a far more enjoyable original. Now yes, I will admit, I was so disgusted, I turned it off only about 5 minutes after I had started playing, but at the same time, first impressions mean a lot, and this was not a good one.

Finally, Life Itself
Life has been an interesting one, grades and classes have intensified, or perhaps, gotten more random. Naturally, i've been devoting my time to this work, and more specifically to my hobby(ies) outside of videogames, so I haven't gotten in as much play as I normally do (although it sorta feels nice not to have the embarassment when a school friend looks at your profile and you have 72-100+ hours of gaming in the last 2 weeks)

On a more flip-side, didn't do much for Halloween, just chilled, I did buy into the Bundle of the Damned, which seems to be quite an interesting deal, and I have picked up the Penumbra Collection and re-bought the Bioshock Franchise for my PC.

I suppose the only interesting side-note is going to be how contacts are going to feel as opposed to the standard eyeglasses next week, hopefully it'll be a change for the best. Anyway, that's all for now Dtoid, if you read this congratulations, I give you my own fapulations, hand delivered at that. I know it's long, but I appreciate it in all seriousness.
Login to vote this up!