bbain...And His Phenomenal Adventure To MCM!!!

1:16 PM on 10.27.2012 (server time)    0
So last PAX, I had my avatar adopted by bbain as he went to PAX, and me being in England, 16, and broke, had absolutely no way and no intent on going there. But I wrote a blog asking someone to take my avatar to PAX (through Dtoid's customary avatar adoption), and bbain got me to see loads of awesome stuff. It also made me realise what a horrible avatar picture I have :P


So I returned the favour, and I took him to London MCM Expo, which happened today (can't feel my legs) so let's start bbain's awesome journey!!! 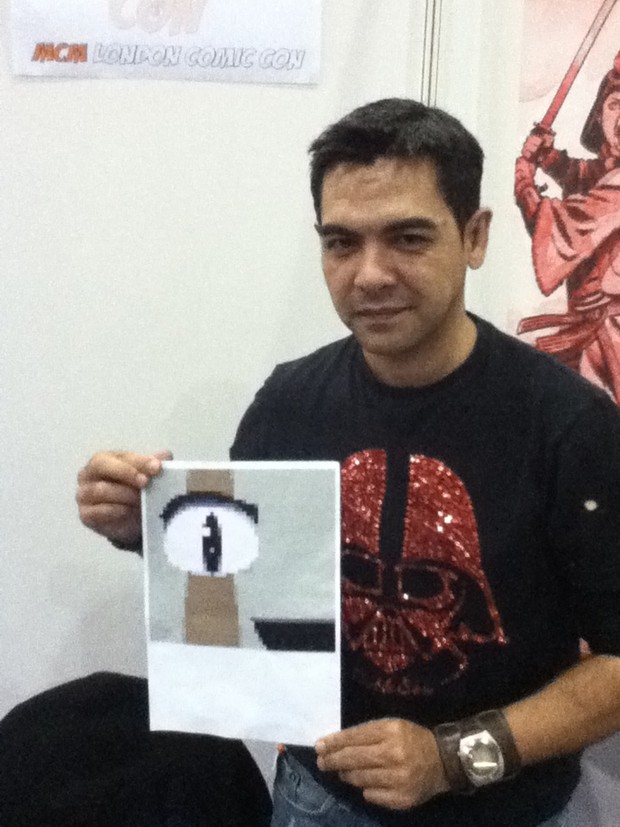 And finally, bbain went to go see Alexis Cruz, Skaara in Stargate and Stargate SG-1 . I've never seen either of those shows, but he did some voice work in L.A Noire, and more importantly, he was selling his own brand new wicked cool (that phrase hasn't been used in 20 years) graphic novel "The UnProfessionals." I've read a little, and it's some good shit.

And that's it! I hope bbain had a nice time, and if he didn't, well then tough shit. But seriously man, it made my MCM a lot more fun knowing that I was doing something for a friend I've never even met, but greatly respect man.

Also, take my avatar to PAX next year <3 ?
Login to vote this up!