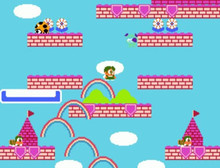 I seemingly lost interest on the way or there weren’t just the right games around, somehow I did not play co-op that much anymore.
I tried, that is. I really wanted to like Army of Two. I did not eventually. The content is anti-social, I see that, nevertheless it tries to generate a social situation via its gameplay-mechanics. It just does not work. It feels forced. What you are supposed to do, feels like repeating set pieces of a limited choreography. It feels as social as dancing a pas de deux. If my partner dies on the way it’s what is supposed to happen in good old ballet, doesn’t it?

Do not get me wrong, I like Borderlands’ (for example) and other games’ multiplayer but I wish that there would be harsher rules and restrictions, f.e. shared money. Sometimes it just feels like playing parallel, like shared solitude
Perhaps it is a little far fetched, but I think that videogames as cultural artefacts simply reflect social coexistence: By now playing cooperatively is not about finding a balance between managing limited ressources (life, energy, etc.) and pursuing a common goal anymore. It is all about the pursuit of the own awesomness. Other players are a commodity, reflecting my own awesome awesomeness on the run.

nag nag nag…
Login to vote this up!