Nintendo has just announced the pricing and release date of the Wii U. It's like, two months away! In the meantime, I'm counting down my very favourite games for the original Wii, that I played over the last six (!!!) years. I'm now into the top 10!

These games are so good I ended up writing, like, twice as much for them as for the previous games. I expect at least twice as many comments! :p 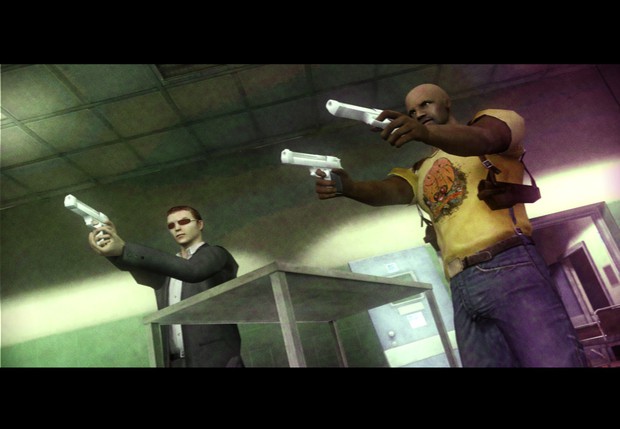 With how rarely I feel the need to replay games, and how much rarer still that I actually do replay games, it's kind of refreshing to me that immediately after I finished playing The House of the Dead: Overkill, I wanted nothing more than to play it again. And I did. And again and again. And again with a friend. The game is two hours long, sure, and the 'Director's Cut' version you unlock after the first time you beat the game and the game's general arcadey nature all make clear that you're supposed to play it over and over. But god was I happy to oblige. In a lot of ways, playing this game over and over is like watching over and over a movie I really love. It's the right length, it's not taxing to play or anything, and I just can't get enough of the ridiculous characters.

It's styled after campy exploitation-type films, and in a lot of ways it's quite similar to the Tarantino/Rodriguez Grindhouse movies – which I'm a fan of... but this is way better. It's so fucking stupid and hilarious. I could just watch the part where Washington and Agent G are in the ice cream truck over and over. The awkward animations are so good. And I don't think I'll ever tire of the prison warden's delivery of the line "You two gentlemen smell like shit". Make no mistake. This is a great and very satisfying rails shooter. But the characters and writing and stuff are what push it over the top. Way over the top. 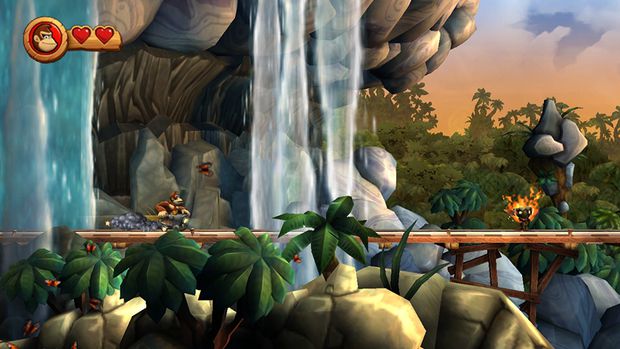 DKCR is my favourite 2D platformer ever, as a 2D platformer. Yeah, I like LittleBigPlanet and some other games more, but they have other things going for them, like the user-made content, or whatever. As a pure 2D platforming experience, to me, DKCR is unrivalled – by the Mario games, or... anything. Granted, I was never a huge fan of the original Super Mario Bros. games, but still! DKCR is ridiculously good. I'll describe a short sequence: where your mine cart suddenly finds itself on top of a giant egg, rolling at a hundred miles per hour, and you're jumping over enemies, but then there are huge spikes in the ground that make holes in the egg so you suddenly fall into one of the holes and now have to jump over the spikes from inside the egg, as well as the holes that come back around from earlier spikes, while the egg ultimately gets completely destroyed. All this happens in less than twenty seconds, but it was so mind-blowingly exhilarating and hectic that I've never forgotten about it.

This is a very challenging game, but as far as ultra-difficult games go, it is for me unrivalled in this category as well. Never have I been so satisfied with such a level of challenge in a reflex-based game before. Every single jump you must make, every enemy you must deal with, especially in the mine cart sequences, is so precisely timed – the game has such rhythm to it – that it's never frustrating, I always feel I'm improving with each try, even when it takes me many many tries. It's so satisfying to finally pull through on a sequence that was giving you trouble, and it's even more satisfying to miraculously get through a particularly hectic sequence on your first try – completely on the edge of your seat, trying to keep up your momentum. I feel like this game is kind of the pinnacle of 2D game and level design. 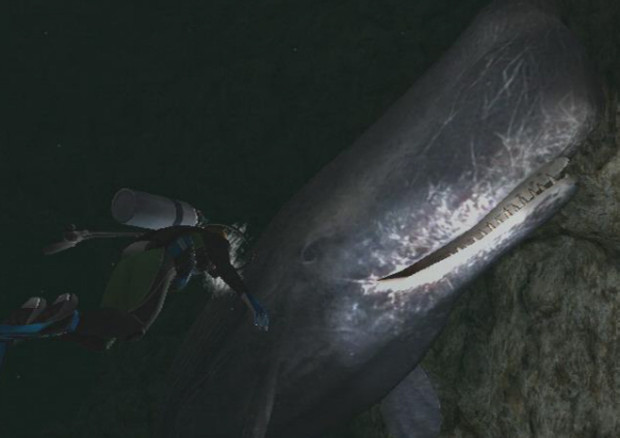 I remember saying somewhere, if Endless Ocean was a nature documentary, it would be narrated by David Attenborough. It's that good. This is a game with no element of danger, nothing like that... you swim around and pet fish to add their information to your logs. You explore shipwrecks and ruins as well as natural formations like caves and coves. And for the most part, that's it. It's a game about leisurely exploration and it's completely enthralling. When you chance upon a particularly impressive specimen, like, say, a shark or a whale, there's a sense of awe. One of my most memorable gaming experiences was exploring the deep dark abyss area in the game, and seeing a sperm whale emerge suddenly from the darkness, only a few yards away. At the bottom, there's a ridiculously creepy shark. I remember also exploring this area with my friend, who I played this game online with a couple of times. Come to think of it, it may be my most played Wii online game, hilariously enough. We could only really communicate with our magic water pens, and some pre-set commands, but I kind of liked it, because if we were really Scuba diving, we wouldn't be able to talk to each other either. It was fun.

Anyway, there was a sequel to Endless Ocean that tried to address complaints about the lack of challenge, but I think it failed. You had a time limit on dives now, which I thought was a colossal mistake, and also there was some contrived danger where fish now got aggressive and you had to tranquilize them. It didn't work. Also, they made the encounters with huge whales and stuff happen all the time, and with more than one at a time, and it just made the encounters less special. But gosh how many wonderful hours I had exploring the original Endless Ocean. A beautiful game! I'd love to see another instalment on the Wii U, because if any game begs for HD and photorealism, this does. 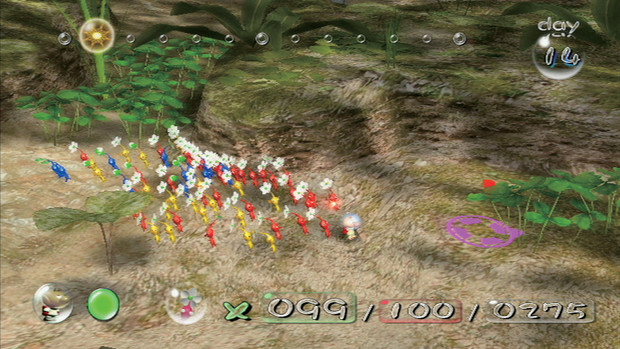 The rules for this list are a little weird. It's a list of my favourite experiences on the Wii... as I experienced them on the Wii... I can't list Pikmin 2 here, because even though it's awesome and I bought it for the Wii, I played it first on Gamecube and haven't really played the Wii version at all. But even though it's a port, I can totally include New Play Control Pikmin 1, and not even take into account the fact that it's a port in my ranking. Yeah I make up the rules here – deal with them! Anyways, I actually prefer the first Pikmin to Pikmin 2. It's got way less content, but then Pikmin 2 had all that below-ground stuff which isn't as good as the above-ground stuff, and, as much as I love the multiple-character mechanic in 2, there's something about the original game, presentation-wise, with Olimar stranded alone on the planet trying to rebuild his ship, that's just so extra memorable and special and that I really love. They're both incredible, must-play games, but the original has the edge over 2, for my tastes.

Anyway, Pikmin invented a wholly original gameplay style which has been borrowed to great effect in a tiny handful of other games since, and which I personally just can't get enough of. If you can call it a genre (I refer to them as Pikmin-style 'faux'-RTS games), then it's probably my favourite genre. It's absolutely sublime, and still, though some games borrow the gameplay style, none are quite like Pikmin. It's still something unique and special and it's one of the most enjoyable games I have ever played. And the 'New Play Controls' are perfect. 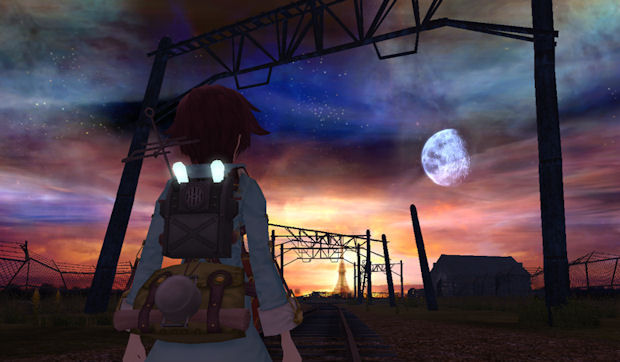 This game is beautiful, visually and thematically. The theme of Fragile is loneliness, and it's executed brilliantly. And I don't think I've ever seen a prettier sky in a game (it's such a good sky!)... Fragile is a game that requires patience – it's certainly not the most polished game around, and it can be incredibly slow-paced, but if you're open to its ideas... god, I love this game so much. One of the game's features is the presence of collectible 'memory-items', scattered throughout the game's levels, all with little sad stories attached to them – and it's a brilliant device for setting the game's mood. And then, as you run through and explore the environments on this abandoned Earth, your flashlight subtlely bringing out the beauty in the World, and as you interact with your current companion, always pretextually, for they are only ever ghosts or robots... there is never any question about Seto's quiet struggle.

I enjoy the combat well enough for the most part, but it's the exploration, and the game's pervading mood that makes being in the world so compelling, that are really what make the game great. The story and characters too, are quite memorable, and the climax won't disappoint. It's a thoroughly incredible game, and one definitely not like any other. It's most certainly not for everybody, but for me, it's one of the ultimate examples of this kind of 'special' gaming experience that I play as many video games as I do in the hopes of chancing upon.

And that's all for now. Only one post left to go! Are you excited?!?!