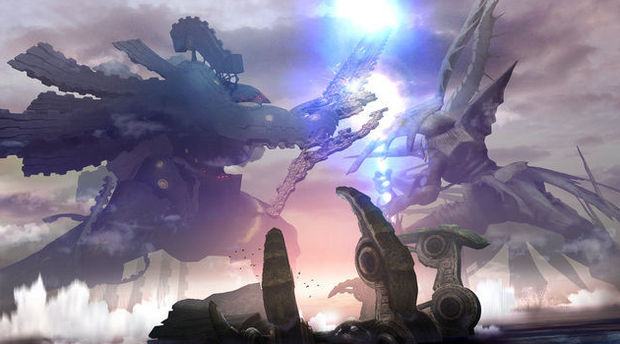 I�m not a big JRPG guy. I�m not sure what compelled me to play these two games. They�re not the kind of thing I�d usually bother with. I mean, I love Pok�mon. And Chrono Trigger, though I never finished it on account of the difficulty ramping up towards the end. But I�ve quickly abandoned games such as Dragon Quest IX, Final Fantasy VII, Super Mario RPG, and other such dabblings in the genre. I have a low tolerance for grinding, and for turn-based combat.

So why did I bother with Xenoblade Chronicles and the Last Story? I don�t really know. I mean, there are great JRPGs on Xbox 360 and PS3 of comparable quality, aren�t there? Like that last game from Mistwalker that Jim Sterling says is his favourite JRPG of this console generation. Or Nier � I heard that game was pretty original. But I know little to nothing about these games; they�ve gone pretty well under my radar. Perhaps I�m more inclined towards these games because they�re on the Wii (my favourite console)? I don�t know why that would be the case. I like high definition. But part of what sold me on them was this idea that they�re from developers that want to craft truly special, memorable games, which they can�t afford to do if they�re also putting so many of their resources into the graphics. Cough Final Fantasy 13 yadda yadda.

Okay okay okay. The reason is this: through all the attention they received because of Nintendo�s refusal to localize them, and Operation Rainfall, etc, I couldn�t help but take notice of them, and so considering all the hype and fuss about them, I figured I�d try one, and I judged from the word around at the time that the Last Story was the best one � the one to try, but then they started coming out in Europe and everyone said Xenoblade Chronicles was the best � and the best JRPG of this console generation, so I was like fine, I guess I oughtta play that one instead but I was still a bit curious about the Last Story and it was still really well received and then XSEED was putting it out in a limited beautiful packaging with a soundtrack and artbook and cool case and I couldn�t resist. So I ended up playing them both. 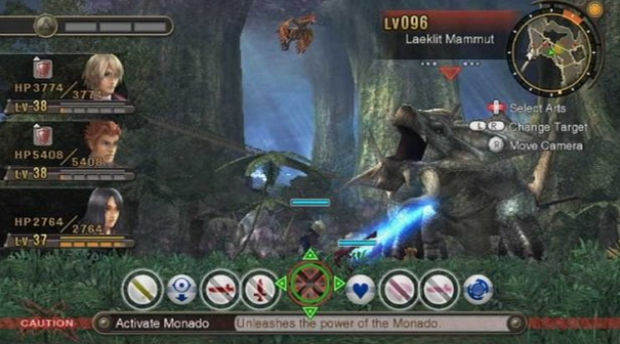 But the point is this: I was cautious and sceptical of these games. I hoped I�d like them, but I didn�t really expect to. I was going into unknown territory, and I wasn�t sure what to expect. But I�ve played both now, so if anyone reading is of a similar mind to me on JRPGs and remains indecisive on whether these games are worth playing: I offer my perspective.

Xenoblade Chronicles impressed me. I love the world and the characters. The world is wonderfully realized and very neat � it takes place on two enormous colossi frozen in mid-battle and the landscapes you run through are quite beautiful to behold. As for the characters � a lot of them are kind of generic � but they�re just so upbeat, they have such fun with it, and then Reyn and Rikki really stand out. They�re ridiculous and the lines they � especially Reyn � repeat over and over and over and over and over again in his ludicrously English accent � I can�t help but love him. And then there are the bad guys � giant robots, also with violently British accents, that want to eat the protagonists, and that are just so gleeful about it. It�s all very good in a campy sort of way. The battle system is also completely unique and a good deal of fun. And my god, everything loads so quickly compared to what I�d been used to, having just played Skyrim. But gosh. I�m running out of praise for it. There were times when I felt that the game was the most ludicrously offensive waste of time I�d ever stuck with. Run a few feet. Engage in fight with robots. Run a few more feet. Another fight with robots. Observe size of level. Realize I will be doing this ceaselessly for hours. The horror. Back out in the open world, where I�m more inclined to run past enemies, I found myself getting my ass handed to me by the boss I needed to defeat to progress. Gotta grind. I found the game devolved into running across enormous maps, hitting every enemy along the way with my sword. A little over forty hours into the game, I decided to throw in the towel.

I also rather disliked trying to figure out what to equip on each of my many characters, and what to sell. Most of the sidequests, since they don�t show you specifically where to go, as in something like Skyrim, were incredibly laborious and not worth doing. The whole gem crafting thing I felt was pretty obtuse and rather a hassle to do.

I still quite liked the game overall. I liked the parts in between the grinding, where I was actually progressing the story, doing unique fights for the first time, and exploring new locations. I liked the combat, and I liked upgrading my skills and stuff, but I didn�t like it enough for how much of it there was. If the game weren�t so thinly spread; if it didn�t take so much to level up, I might have thought it a great game. As it stands, I think it�s an impressive game. Sometimes the most offensively time-wasting game I�ve played, but good nonetheless. :) 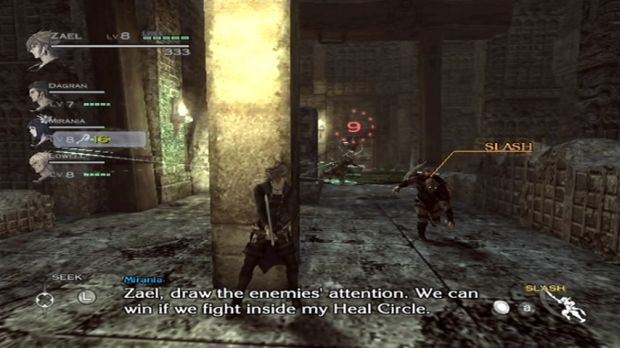 The Last Story! I basically thought I was crazy for buying this game. Something in the same vein as Xenoblade Chronicles but not as good. Not as innovative � fewer modern conveniences. Without the campy characters. Ugh. Jim�s review didn�t help. But now that I�ve played through it � I friggin� love it, man! It�s so good! This game is a little over 20 hours � it�s so well paced! There is no grinding! It�s an action RPG, dude! There is a feature called auto-equip, where the computer chooses the best equipment for your party automatically � it�s a godsend! Now this is more my kind of game.

It gets better. The combat � though less unique then Xenoblade Chronicles � is more fun and varied. Throughout the game, you�re challenged to approach situations in all different ways. The combat is Zelda-ish, but with some great twists like the ability to command your party and diffuse their magic circles (which I won�t try to explain here). It�s easy to learn but results in a quite complex array of possible approaches to combat. There are also a ton of boss fights, and they�re all appropriately epic and, like all the best video game bosses, they�re puzzles, with unique ways of defeating them. They�re awesome. 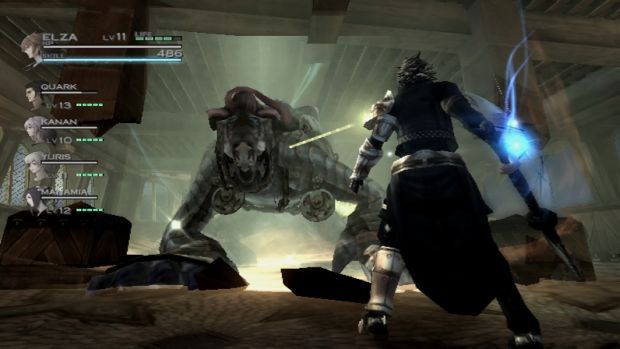 The game�s story surpassed my expectations, which admittedly were incredibly low for a game called the Last Story. I have a passing knowledge of JRPG clich�s and stereotypical �moody� characters and stuff, which is what I was expecting, and these expectations weren�t immediately dashed. I saw the characters as being pretty two-dimensional and the story as nothing really special at first, but as the game went on, I warmed up to the characters quite a bit, and the story went from serviceable, to totally serviceable, to, ultimately, actually fairly engaging. It�s pretty well-done. And not in a campy way. And the British voice acting is superb. Oh, and the music is fantastic!

The Last Story isn�t perfect. I have a fair amount of little issues with it, but, individually, they�re so petty they�re not worth mentioning. From start to finish it�s an excellent game that I wholeheartedly recommend. 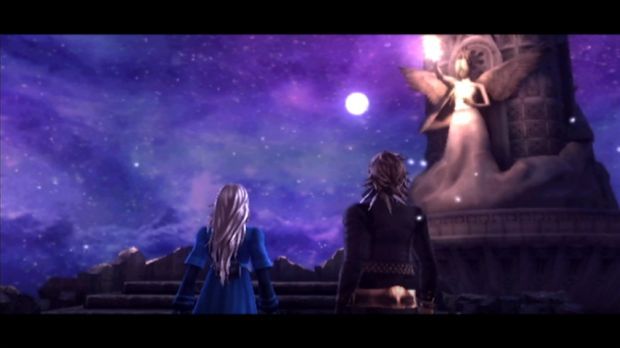 Xenoblade Chronicles is deeper, it�s got more going for it; for a certain audience, it�s the better game, but I like the Last Story way more. For my tastes, it�s way more fun. It�s 22 hours of extremely well-paced action-RPG bliss. It�s a completely different game from Xenoblade Chronicles and not what I was expecting at all, but I�m so happy at what it turned out to be.

Anyone else think the same?