The Shallowness of SLEEPING DOGS 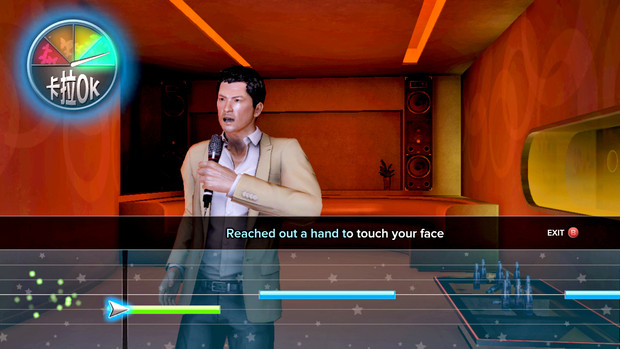 The more I played SLEEPING DOGS, the more it felt like a waste of time. The story is completely lacking in ambition, the missions are uninteresting and often rely on the game's least entertaining features and the overall gameplay design has a kitchen sink approach that hilariously breaks the game's previously established level of realism.

Consider, for example, the ability to make your car lurch forward or sideways to ram other cars. Even DRIVER SAN FRANCISCO, the game this feature was borrowed from, had the common sense to make this ability available only in the protagonist's dreams (which, no spoiler, last for most of the game). And the designers also remembered to prevent this lurch from adding actual speed to the cars, which would give players a game-breaking advantage during races. The developers of SLEEPING DOGS didn't notice this problem.

And then there's the pathetic health shrines that increase Wei's health after he performs a ritual. This is yet another aspect of what can charitably be called Wei's personality that never shows up anywhere else, and thus feels more like a stereotype of Chinese culture than anything.

And then... there's the sexism.

The female characters in SLEEPING DOGS bother me, because they seem to exist solely for Wei to conquer them. You meet them during a mission, they leave you their cellphone, you call them, you meet them, you do things for them and they have sex with you. They are all attracted to Wei's skills at driving, fighting, hacking, etc. instead of his personality (understandably, since he doesn't have one). It's that line of thinking that, to paraphrase a tweet by Hexjackal, equates women to machines in which you put coins until sex comes out.

Nearly all of the women in SLEEPING DOGS are like that. They show no further depth or narrative purpose. The only reason they're in the game is to be a mission for which the reward is sex. There's no option to advance the relationship, only to conquer the next woman. I had a hint of hope when Wei gets angry at a woman who's cheating on him, and she rightfully reminds him he's cheated on her first. Sadly, this goes nowhere. Wei and the narrative are entirely unnaffected by this. It's like the moment only exists to be a mildly amusing ending to a "tail the car" mission, and to encourage you to conquer new women. Plot-wise, it's pointless. Gameplay-wise, it's padding.

No woman impresses Wei, no woman challenges him or teaches him something in any meaningful way. Most of them are there to give you easy mission objectives and reward you with sex. The only reason this isn't that sexist is due to Wei being such a good-at-everything bore of a character that nobody ever impresses him or teaches him or challenges him. Plus none of the characters, men or women, have any actual depth. The game's sexism is more of a side effect of overall shitty, lazy writing. "We need more stuff for the player to do." "How about dating minigames?" "Bingo."

And your writing truly has to be shitty when actual sexism seems too sophisticated for it.

After a mission in which yet another female character left me her cellphone number after I won a street race for her (by a wide margin, thanks to the magic of the "ram" button), I went to another mission briefing in which I was told to do something I instantly recognized as a minigame. And I simply said "no," quit the game and uninstalled it. Without a second thought. Because it's a pointless, vapid, insubstantial timewaste of a game.

And this may be because of the open-world setting. Having populated it with so many minigames, the developers apparently decided that nearly every mission should consist of doing one or two of them with some story-flavored context added. It's like they built the world first and, seeing what it already offered, built the story around that without adding anything else. In my (admittedly incomplete) playtime, there was nothing even approaching the level of craft from the heist mission in GTA 4 or the ambush mission in RED DEAD REDEMPTION.

All in all, SLEEPING DOGS is a decent sandbox with a shitty story and uninspired gameplay tacked on. The Hong Kong created for the game could have been a great setting for so much more.
Login to vote this up!