2:12 PM on 08.16.2012 (server time)    0
Once upon a time I used to read IGN-reviews, specifically the section "readers' reviews". On the one hand because I believe them to be really informative (in their sum, as a kind of intersection of opinions) and on the other hand because of their entertainment value.

Several years ago (about six) I found THIS during my search of a favourable (affirmative) critique of Dynasty Warriors 4 (actual fact). I decided to save THIS for future generations. In the end THIS developed a semi-life of it's own - migrating like a parasite from harddrive to harddrive

By now IGN must have deleted THIS (I think I checked about half a year ago).

Yet, it simply won't vanish and I finally decided to share the pain (?), the joy (?), whatever it is.
THIS is the rant of TheNumberOneCritic: 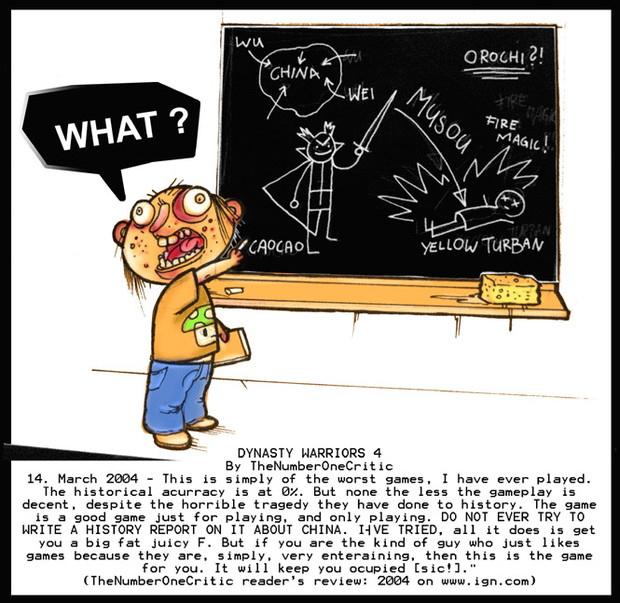 
Eventually I bought Dynasty Warriors 4.
#ShareonCommunityBlogs
Login to vote this up!