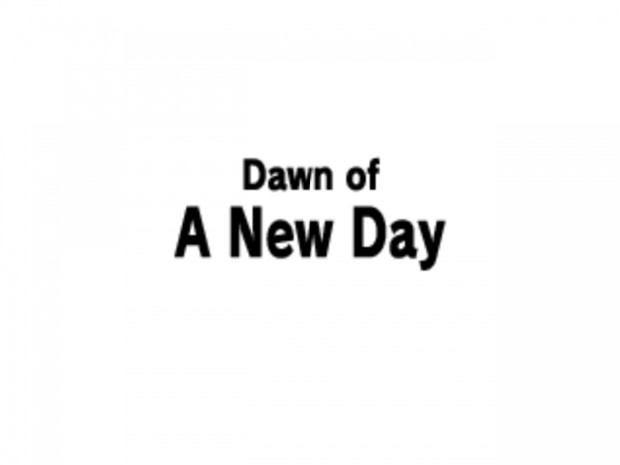 I finally finished Majora's Mask. It only took me what, 11 years? No game has been so meaningful to me, for so long a time as Majora's Mask has. It was my favourite game even before I ever played it. When I did play it, I prematurely abandoned it. For a few years after that I was profoundly frightened at the sight of it (or its sister game, Ocarina of Time). For the last six years, I have resolved to return to it whenever I have no other games on the go. I often complain that there are too many games. The biennial drought during which I can return to Majora's Mask for a couple weeks is always a special occasion.

No other games have the effect on me that the N64 Legend of Zelda games have. I define the word nostalgia based on my experiences in revisiting these games. Whenever I return to Majora's Mask for the first time in a while, and I turn the N64 on, and I hear the theme song, it sends a shiver down my spine. And when I see the skull kid in front of the moon, and when I run through Clock Town, and when I see Kafei and Anju, and those dancers pacing about, and that Goron who sleeps out in the rain on my account...

I remember when I was like, nine, I would watch my cousin, a couple years older than me, play these games. It seems ridiculous, but these are some of the most vivid memories I have from that age. I remember being totally mesmerised and filled with an incomparable sense of wonder, as I would just watch him play for hours. Even then these games had an effect on me that no others came close to. (Note: My cousin never bought the games, he just rented them a couple dozen times, which still puzzles me).

I got Ocarina of Time, and would play that a lot, though I wasn't as good as my cousin. I got lost and needed a walkthrough most of the time. Meanwhile, my cousin was playing Majora's Mask, and as I watched him, I knew that game was way better. There were so many more meaningful interactions with NPCs and with the world and I was fascinated by the time-based quests and the masks and it was just all that much more engrossing of a game, even just to watch. I needed to own this game! But I did not get it as soon as I would have liked, and I would just have to make due with Ocarina of Time. When I finally got the game, it was a great day. But, while I was playing through it, after playing through most of the first dungeon, I tried to save and quit, but did it wrong, and found my progress in the dungeon lost. That soiled the experience. Meanwhile, not four months after I got the game, I got my Playstation 2, and The Legend of Zelda was all but forgotten.

A few years later, I saw my cousin playing the Gamecube port of Ocarina of Time, and I was freaked out by it. I really wanted him to stop playing it. I really didn't want to see him play it. I felt something I don't think I'd ever felt before, and haven't felt since. I had not thought about these games in so long and then the memories flooded back with a fury, like a horrific repressed nightmare. This was unfinished business. I had never completed these games. I left Hyrule and Termina in despair and ruin. Seeing Castle town overrun by those redeads again, after so long, was fucking horrifying. And I did not need to be reminded of the MOON. This sincere fear of these games would last at least a couple more years.

Finally, in the month leading up to the day I got my Wii, with the renewed realisation of how important the Zelda series is to me, and in enthusiastic anticipation of Twilight Princess, I finally revisited one of the N64 games – my favourite – Majora's Mask. Since I was starting from where I left off, totally disoriented, and since I had always done so before, I decided to follow a walkthrough. At about the point when I first got the Zora mask, I got my Wii, abandoned Majora's Mask once again, and found myself into the medium of videogames with an unprecedented fervour, which, though I won't claim it to be for the better or for the worse, has changed my life.

And so it has been for the last six years. I've returned to Majora's Mask a few times since then. I remember at one point the last time I was playing it – it may have been just for a very short time just before Skyrim and a million other games came out at the end of last year – my Aunt saw me playing it, and remarked how well she could remember my cousin playing that game, specifically.

There is something special and unforgettable about these games that no other games from that era, nor any of the other Zelda games has. As much as I think The Wind Waker is the best Zelda game, in a way it does not live up to the N64 games. In terms of atmosphere – there is something about those blurry visuals that can only be made less effective if they were to be cleaned up. And the music - Majora's Mask's theme is my favourite piece of video game music ever and in general these games feature the best music and even just sound design ever. Whenever I am so much as browsing the menu in Majora's Mask, I can't help reflect how deeply ingrained in my memory those sounds have become.

But it's more than that, still! There is a creepiness and a darkness to these games – not just in the visuals and the music, but in the world! In Ocarina of Time, you travel forwards in time seven years to find the once-cheerful world in ruin. In Majora's Mask, you must replay the same three days to stop the moon crashing into the Earth. Along the way you help a lot of people, and they reward you, and then you reverse time, and though you keep your reward, all your efforts in helping them are worthless, and as you work towards a different goal now, you know what suffering those people are enduring without you. Even as a kid these implications were not lost on me. It's probably the most compelling science-fiction concept ever tailored to a videogame. I hate to describe my emotional reaction in such base terms, but I can't think of another way; I felt it as a kid playing the game and watching my cousin play, and I still feel it in interacting with (and thinking about) that world today: a weight in my heart. The Legend of Zelda series needs to involve time travel again. That's what it's all about.

To me, the Kafei and Anju quest is what the Legend of Zelda series is all about – the series at its absolute peak. I would try so hard to complete that quest as a kid, not realising I had to be way further in the game to do it. It's a quest involving learning the routines of several characters, and meeting them at just the right times to trade items and progress towards reuniting them. Finally, today, I saw the end of the quest, in which the couple is finally reunited with about a minute left before their spectacular deaths – a minute that I have to play the song of time, and once again, reset everything.

And that's why it's such a relief, such a significant moment, to see those words, Dawn of a New Day. I finally finished Ocarina of Time last year on the 3DS, and now I've finished Majora's Mask. Hyrule and Termina are safe. No more unfinished business. I would still love to play Majora's Mask again some time, all at once, instead of spread over a decade, and without a walkthrough. Using the walkthrough, though I would be lost starting so far into the game without it, has certainly sucked some of the joy out of the game in this final stretch. I stopped using it for the final boss, and then, of course, somehow missed the Fierce Deity mask and the 'real' credits. But I want to re-experience the wonder of finding and figuring out the various sidequests around Clock Town for myself. Maybe when a 3DS version comes out...

Now, since it is nearly 3:30 in the morning, and this rant has gone on so long, I want to try to sum up my thoughts. But I can't, really. The magnitude of their personal significance to me can only be expressed as a barely-coherent rant such as this. Perhaps it is only appropriate that I don't seek out pictures to neaten up this post.