Dark Souls and the "Style Over Substance" Mindset

12:14 PM on 07.20.2012 (server time)    0
It's no news to any of my friends that I'm severely addicted to Dark Souls at this point. I never could have predicted the way I became utterly gripped by it. Eventually, this largely became a matter of being integrated into a community of players, primarily on twitch.tv, once I started live-streaming. I have friends there now, so I see myself stuck in that world for a while.

This post isn't about that, though. It's about the player-vs-player (PvP) system in Dark Souls, and some of the contention around it. I started off watching various streams a long time ago while waiting for co-op, which began my exposure to PvP--one of the major end-game activities. I was young and impressionable, as it were, so when I saw someone who was just racking up kills with no sign of slowing down, I was kind of in awe. "MAN," I said to myself, "this guy must be amazing!"

It wasn't until much later, when I'd watched much more, started playing PvP myself, and was exposed to many play styles that I started to view kill count as far too simplistic a measure.

A measure of what, you ask? Your effectiveness at killing your opponent is not necessarily an indication of your skill.

When I see statements like these, I think of games like Mario Party, which has a large element of luck involved in winning. I don't think of more competitive games like shooters or fighting games. I certainly don't think of Dark Souls. Well, I didn't used to. 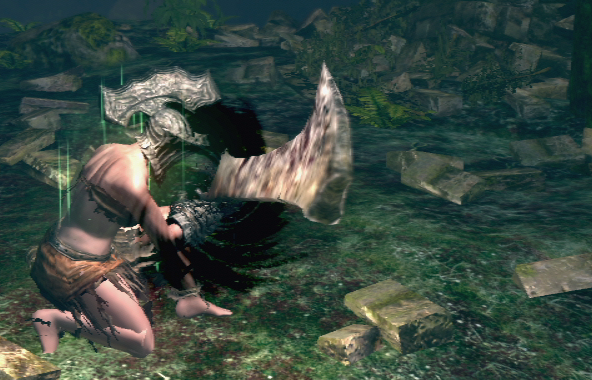 And so I consider using Divine Blessings in PvP as outright cheating. If you want to heal, that's fine, but use one of the other mechanisms. Of course, none of this applies if you're using your legitimately earned DBs, but the sad truth is that the other player will assume you got yours through glitches or mods.
#ShareonCommunityBlogs
Login to vote this up!