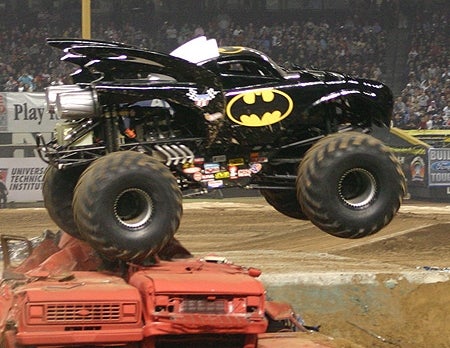 No, this isn't about monster trucks at all actually. But its Sunday so..... Anyways, I'm inspired by the new Dtoid Saturday Afternoon Delight to see if anyone wants to game on Sunday's. To me it seems like a damn fine day. For most people I know it's their lazy day, so let's test the waters.

Before we go any further though, I want to say that I am in now way shape or form, associated with Dtoid in any way or professional capacity. I am a random asshole on the internet, trying to bring other assholes together. Man, that just gave me a mental image.

So here is what I will be hosting (I'm stuck on ps3 and pc for the moment, so what I'm listing is for ps3):
All Times Eastern Man. I need this


Well that's that. Hit me up on PSN if you want to play and please add whatever you want to host below in the comments using the FNF format, for ease and keep your times eastern. Once again, this isn't official Dtoid stuff in any way, but we can keep it neat.
#ShareonCommunityBlogs
Login to vote this up!