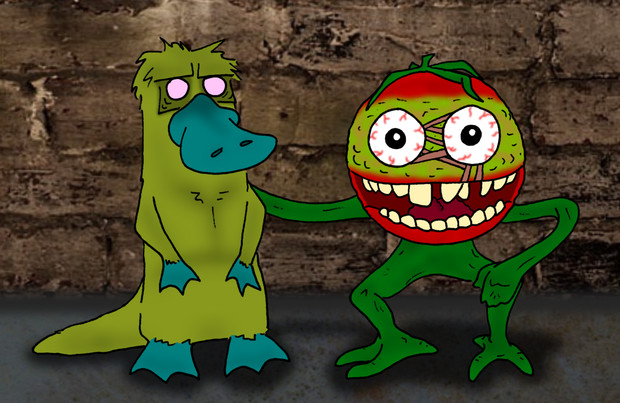 So it's been three years since I posted this when we last did the "10 Things" bit all over the cblogs. It's come back and this makes me happy, though I honestly had trouble coming up with ten new things to post. Here goes, bear with me:


1- I've thought about "taking a break" from Dtoid a number of times.
People that don't frequent the Forums may not notice it, but I'm here pretty much every day. Some days I feel like I'm "wasting" too much time here, and I should step back. But I love the people here too much to ever actually leave. Plus, I'd be really bored at work without Dtoid to peruse. I'll probably never leave this place.

2- ^^^ No, seriously, I love the people here.
Since I moved to Minnesota halfway through high school I never made any true "real" lasting friendships. I made new friends to make it through the last two years of school, but they were largely just school friends. I drifted from my best friends growing up, which is what happens when you're half a country away and becoming adults. Honestly, the best friends I have currently are people I met because of this site. Then there are the dozens of Forumites I bullshit with daily that might not be "friends" in the traditional sense, but I love just the same and probably would be if we ever met. Maybe sounds pathetic, but it's honest. I'm closer with a handful of people here than I am almost anybody else in my life.

4- I used to love Deadpool.
This is piggybacking off of number four from my first list. I still own every appearance right up until I quit comics almost two years ago. I love the Joe Kelly and Gail Simone runs immensely, they're perfection, and dig a lot of the other stuff, but the character has been bastardized and butchered so much, starting with the Cable & Deadpool series and only getting worse in the runs since then. It's sad. I'm not gonna rant here, so if anybody would like to discuss Deadpool further, feel free to PM me.

5- My hedgehog is dead.
Again, piggybacking off of point five in the original list. RIP Anguirus.

6- I love to drive.
A couple folks have mentioned not driving at all in their lists, so I'm here to declare my love for driving. Back in my high school days I used to just drive around at night, listening to music, thinking. I remain a lover of driving to this day. Road trips are especially loved. I just like driving.

7- I can and will make a joke out of almost anything.
Damn near nothing is off limits when it comes to my sense of humour. Sometimes I think I go too far, and I know I tend to beat jokes into the ground, but humour is a giant part of my life and the way I look at things. And honest to God, I find most things funny, except:

8- Shit jokes. I hate 'em.
Seriously. Shit and fart humour does nothing for me, except disgust me. Piss can be funny, though.

9- I'm a dispatcher and router for a school bus company.
So I build routes, deal with schools, deal with parents and do all kinds of other stuff related to getting kids to and from school. Since I spend all day in front of a computer doing this job, I get to spend a lot of time on the internet. Big downside is that I will most likely never get to go to PAX Prime while I keep this job. It's always around the start of the school year, which is the busiest time at my job and the time that is near impossible for me to get off. I'll have to make do with the other events.

10- Video games aren't all that important to me.
Not any more, anyways. I still sink hundreds of dollars into them each year, and will "need" the next gen of consoles when they eventually hit, but rare are the games I spend glued to the TV for hours on end with. They exist, but intermittently nowadays. Now I think I'm more invested in the culture of gaming, and my own history with it, and the communal aspect of it all.
#ShareonCommunityBlogs
Login to vote this up!

Howdy, here go the basics:
I'm Levi a.k.a. ZombiePlatypus.
I was born December 2nd, 1984.
I was raised in Virginia Beach, VA.
I currently live in Minnesota, it's not as nice but it works.
I dig video games. Who'd have thunk, eh?

low tech made this:

Systems I currently own-

I had the original PlayStation, but it's dead... I think.
Or maybe my brothers have it, I don't know.

I've never owned a Sega system.
I am the sole reason the Dreamcast failed. I apologize.