Fire Coming Out Of A Monkey's Head...

5:56 PM on 03.23.2012 (server time)    0
This is the name of one of my favourite songs of all time. It's done by Gorillaz, a British visual band created by the members of Blur and the narration is provided by Dennis Hopper. Link Below:

Whenever I listen to it, I always feel like this is what the gaming community has become. Selfish and entitled.

I mean, remember when we played games out of pure enjoyment, regardless of the cost? Now, I see so many great games because people don't feel like paying for it, so to the torrent sites they go. Because they are fucking greedy. Just damaging the industry, because of pure selfishness.

Game companies are the ones who make the games, the one who slave away for what can be years, only for them to be fucked over by the very audience they are trying to promote to. I remember seeing a BBC news clip about a small indie iOS developer who, within an hour of uploading his product, for the measly price of 99p, it was already available on over 50 different jailbreak websites.

But these stories are all too common. People don't care, or don't feel responsible because it doesn't affect the pirate directly. They don't see the person or company they steal from. Even with fat, greedy companies, you're still stealing money which, if paid back, could be used to make better games.

Of course, they probably wouldn't do that, and they would spend it on CEO bonuses and marketing events for Final Fantasy MMXXVIII or COD:MW49 etc. but that's not our responsibility or decision. In fact all we could do is demand our money back and protest.

Or you know, we could stop buying their products. 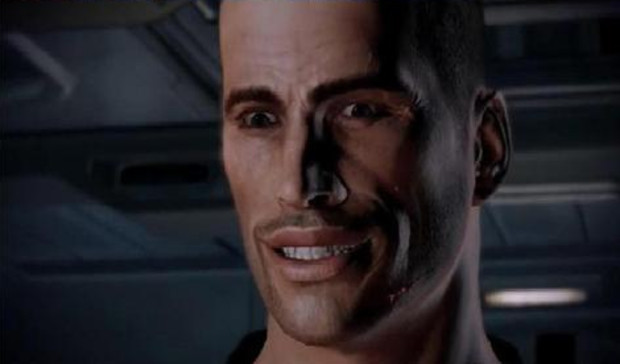 The Mass Effect thing pissed me off. Almost everyone just kept saying "This is the last EA game I'm buying".

Until Mass Effect 4 comes out. Or in fact, any other fucking game made by the superconglomerate. People abandon their views and their morals for the most primitive instinct besides survival. To want something.

If you boycott something, you make a sacrifice. In the Montgommery Bus Boycott with Rosa Parks, they didn't give up as soon as they thought "Oh, walking is longer and hurts my feet more". They went on. Is it me, or do people just seem to lack this spirit no?

But now, they still want it, as if they feel entitled to it. Personally it just makes me want to vomit. The fact that people will pursue their own selfish goals, regardless of who they hurt. Every employee, every employer, every legitimate consumer is harmed by the effects of a community which has levels of hypocrisy that know no bounds.

Much like the "Strange Folks" who destroy the town, and wake the monkey causing ruin for everyone.

Is this what we look forward to? I mean did you hear Ubisoft's announcement today? It just shows that the way things are heading are making me sad.

I even feel it in the blogs. There are so many blogs from ungrateful people stating their product is not good enough.

I don't know. I'm tired, I'm jaded and I'm probably wrong. Oh well. As it says in the song, "the happy folk are blind". I feel blind, fumbling through a world in which I'm no longer comfortable, where people have stopped making games for enjoyment, but more for money, and consumers are more focused on the money aspect than the game itself.

Maybe it's always been like that though.
#ShareonCommunityBlogs
Login to vote this up!