My Impressions of Ridge Racer Unbounded and Armored Core 5 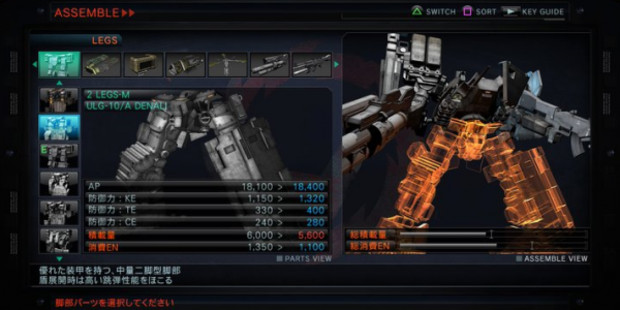 Afterwards, Robert and another player decided to join me to play a mission (after sprucing up their mecha with new paint jobs, earning them an achievement. It should be playing the game that’s important, dammit!). We found that whilst some missions had the ability to hold three or more players, others could only hold two. It took a little while to get a game set up for all of us, but when we did, we managed to kick backside. The only problem was that we couldn’t find the final enemy to kill. This was solved in another period of play, where the R3 button switched combat mode to scan mode, pin-pointing nearby enemy positions. The only issue there was that you were out of combat mode, so you couldn’t scan AND shoot at the same time. That was unusual, but all it took to get back to taking pot-shots was another press of the R3 button. That, and the fact I needed to focus on destroying the tougher opposition with missiles rather than ineffective gunshot rounds (did I mention that there are three different types of firepower? Kinetic and thermal types being two of them?).

Before I finished my time on the game, I did manage to play against an A.I. character in their own mech. It took me two efforts to vanquish it, and when I did, my huge killing machine was heavily damaged. With my novice ability with the controls (and not being aware of the infamous Armored Core controller meme), I was quite chuffed.

IGN said that they ‘wish the series would commit to more than gradual improvement. At this pace, it looks like [they’ll] be able to give an unqualified thumbs-up round about Armored Core 5 -- say, four or five years from now.’ That was 2002. They were out by about an extra five years. I wouldn’t know what improvements have been made or to what degree; all I can say is that if you gravitate towards these type of games, it looks like it’ll be best to give this one a try if you have the patience.

Ridge Racer Unbounded is out in Europe March 30th. Armored Core 5 is available now in North America and in Europe March 23rd.
#ShareonCommunityBlogs
Login to vote this up!