Promotions: The bees are all right

1:27 AM on 03.02.2012 (server time)    0
The late 1990s and early 2000s, some of the earliest alternate reality games, or ARGs, would seep their way into small segments of public awareness. Sort of a blend of geocaching, viral marketing, social networking, and interactive stories, ARGs began as a social experiment of sorts before their marketing potential was fully realized. Promotion behind the film The Blair Witch Project, which attempted to push the movie as legitimate non-fiction and its events as actual occurances, up to and including a faux documentary aired on SciFi about the town of Blair and its witch, is seen by some as a prototype of alternate reality gaming that was yet to come. Microsoft and Steven Spielberg teamed up to market another film, A.I., with an ARG called The Beast, which was basically a massively multiplayer murder mystery. However, it wasn't until 2004 that ARGs would come into a more widespread limelight, thanks to some strange goings-on at the website of a Napa Valley apiary. 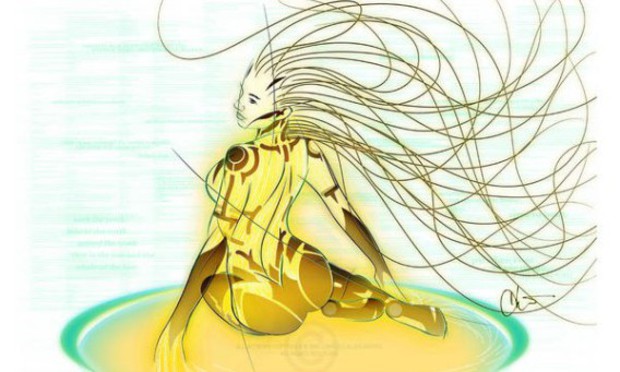 Microsoft would try to recapture the buzz generated by I Love Bees in 2007, with the Iris alternate reality game designed to promote Halo 3, but its limitation mostly to bungie-related forums, as well as commencing after trailers and a public beta for Halo 3 had already occurred, kept Iris from blowing up nearly as much as I Love Bees had. This time around, however, direct links to the Halo canon were intended from the start, with the story in this game explaining a great deal in regards to what started all the Halo trouble in the first place.

This ability to intertwine sales and story is one of many reasons I keep coming back to Halo as a franchise, and I imagine I'm not the only one. The fact that almost nothing is frivolous or irrelevant in Halo-related material, be it in or out of the games themselves, is a testament to how much love for and oversight of the series Bungie maintained, both during its stint under Microsoft's wing and after it left the nest. Managing to juggle so many aspects of a franchise, or at least to be the central juggler in the group throwing all this stuff around, with little to nothing falling in the process, is a work of art an and of itself. Fans can only hope 343 Industries can maintain the same firm, loving, and steady-but-audacious grip on all things Halo once the last vestiges still under Bungie are turned over at the end of March, 2012.

If you'd like to learn more about the campaign itself, Halopedia's writeup is a fairly solid summary, and Halo Nation's article on the subject, while shorter, has links to some of the audio files from the game. As linked above, the original site and blog are still viewable, the former having been "abandoned to the rampant AI" that took over it, and there's a wiki on the whole game itself that runs down pretty much everything involved, story-wise. The logo image at the beginning of this article is taken from the menu of a DVD players recieved as a reward for completing the I Love Bees ARG, at multiplayer betas for Halo 2 to which said completion earned them invites. You could try finding one on eBay, but in all honesty, I'd expect any Halo fan rabid enough to finish I Love Bees is fairly unlikely to part with such a memento.
#OpinionEditorial
Login to vote this up!