I hate it when my Schwartz (and my Metal) gets Twisted 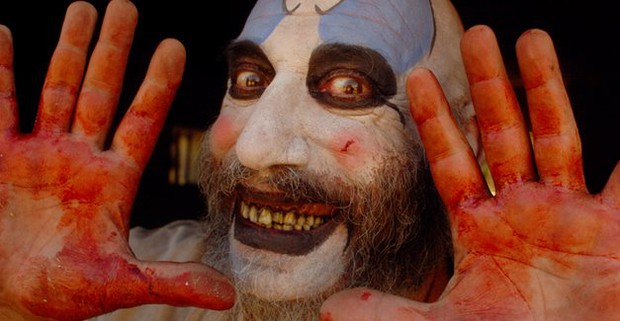 The story, on the other hand, definitely feels as unnecessary as some have said. Sweet Tooth's tale alone feels like Every Rob Zombie Slasher Movie: The Fanfiction: The Game, and I just couldn't get into it. This is made somewhat hilarious thanks to the presence of both White Zombie and Mr. Zombie's solo project on the soundtrack. The idea of much (or any) over-arching story in a game about driving over glowy missiles so you can blow up your friends seems fairly unnecessary. I would've been happy with, "This dude's a crazy clown, he kills people," as my motivation for the matches I was presented. I only watched Grimm's intro clip, but judging by the monkey's-paw-esque resolution to Sweet Tooth's tale, I'd bet dollars to donuts he ends up getting sent back and being the distraction that screws up his father's jump in the first place.

Gameplay feels far too long, to me; none of the weapons really feel appropriately meaty, and every match felt like too much attrition. Given fire and explosives, it's a little disappointing to find oneself only slowly whittling away at one's opponents' health meters. All the maps I played felt a little too expansive as well, aside from the races; playing cat and mouse when you're down to your last opponent or two, regardless of how much fun stuff there is to drive through, gets tedious quickly. Upping the damage rate and shrinking the stages, either en masse or with something in-game that sections off areas as you have fewer and fewer enemies remaining, would've cut down match time to something much more manageable.

That being said, Twisted Metal looks fine enough, albeit not being particularly eyecatching or mindblowing, and the soundtrack, while dated, felt appropriate for the goings-on, as well as a throwback to game's PS1 roots. I don't feel like it was a waste of time, but I'm in no hurry to pick up a new copy for myself. If I were to get Twisted Metal as a gift at some point, I wouldn't say no, and I imagine online action is much higher on the Fun Times scale, but again, no rush. It's not as bad a current-gen update as, say, Duke Nukem Forever or Turok ended up, but it could've been cleaned up a bit.
#ShareonCommunityBlogs
Login to vote this up!