9:42 AM on 02.17.2012 (server time)    0
On a particularly boring and nostalgic night this week I decided to pop in one of the greatest arcade games of all time: The Simpsons Arcade. In the midst of a litany of pithy catch-phrases and indiscriminate henchman whomping, something hit me; things sure were a lot simpler back then. Most games you were given two options of action: jump and attack. And actually, that's all you ever needed. Regardless of the game, from beat-em-ups , to sports games, to RPG's, two to three buttons was all you required to get the job done.

In my day you got one button and YOU LIKED IT


As a result, games back then were extremely easy to just pick up and play. Training levels and and hand-holding popups were absolutely unheard of. You were thrown into the fire in the first level and instructed to figure shit out. This was in part for three reasons: games respected player's intelligence's enough to not treat them like morons, second, most games were usually carefully designed to be very easy to learn, but tough to master and third, even if you were a moron or lost, designers didn't give a shit if their game left size 12 boot marks on your prepubescent ass.

For an industry who's claimed to be striving for “accessibility” this past decade, screens like the one above are increasingly common and are daunting to even the most seasoned of gamers. It used to be that if I person walked in on you playing a game and showed interest, you could hand them the controller and in less than a minute they could be making their way through the game and having fun while doing it. Now a days, you're more likely to see this happen:

Non Gamer: That looks cool, what is it?
You: Lord of Destruction XVII: The Revengence
NG: Can I give it a try?
Y: You're gonna love this, you can even rip out a guy's scrotum and feed it to him!
(hands controller)
NG: So how do I start kicking ass?
Y: You see that guy? Hold L1 to lock on to him.
NG: Where's L1?
Y: It's that little button up top, closest to you on the left. Then you have to use the D-pad to select your Chains of Fury and then press triangle to equip them.
NG: ...d-pad?
Y: Now here's where it gets tricky: You need to rotate the right thumbstick counterclockwise while strafing the guy with the left stick to attack, and then once his health is low enough, click R3 to activate the finisher.
NG: rotate what? Why is my guy running in circles?
Y: Didn't I tell you to keep holding down L1 to lock on? And it's counter clockwise, not clockwise!
Y: Now once you've got the guy by the neck, you need to tilt the controller side to side to activate the motion controls to twist his head off.
NG: dude, you know what? Here's the stick, I'll just watch you play.
Y: Why are you giving up? This game is so much FUN!

It's wonderful that games have reached such a level of complexity and depth that there's a near-limitless amount of ways you can interact with the world, but there's a lot to be said about a game that needs an hour long training course before you're competent in the game's basics. I remember many a time handing a spare controller to my dad or a younger cousin, and them instantly hopping in and enjoying themselves. There were even times when my game-phobic mom would be so intrigued that she would help me clean up the mean streets in Double Dragon. Those days are now long, long gone.

Hell, as a gamer with over two decades of experience under my belt, even I'm sometimes overwhelmed. I was a huge fan of NFL, NHL, and FIFA games as a kid, but after not playing anything for a generation or two, it is quite off-putting to even attempt to learn these incredibly convoluted and nuanced control systems. Every other year without fail I go through the same routine: I download the madden demo when it comes out and I tell myself: “this will be the year I reclaim the gridiron glory I had in NFL2k.” I then proceed to play two quarters(completing maybe one pass), rage quitting, and then dusting off my Dreamcast to play NFL Blitz 2001.

It's obvious that game designers aren't completely blind to this issue. For the past 15 years as game complexity has increased, along with the number of buttons on controllers, difficulty and challenge have been careening down a slippery slope. It's hard to deny that some recent games exist now as little more than interactive cut-scenes. But does that really fix anything? Now all we've got is marshmallow-soft gamers who throw a bitch fit if they die and lose more than 30 seconds of progress. 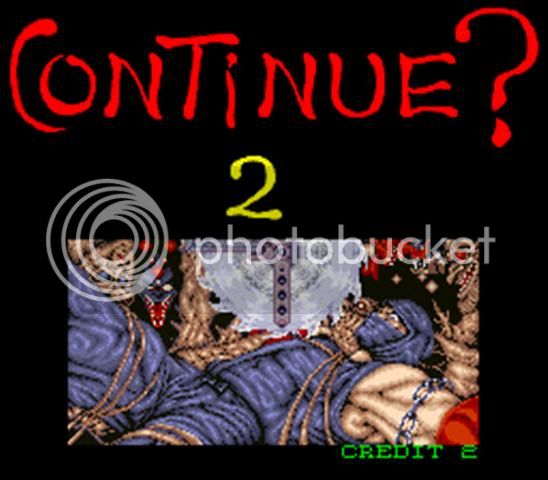 Shit happens, deal with it.


This is also why EVERYONE seems to be throwing their hats into the motion(and touch)gaming ring. Sure, the industry is always looking for the next hot gimmick, but motion games really did stem from a tangible need. It was painfully obvious that gaming was reaching a saturation point, and desperately in need of an infusion of new blood. What better way to do that than to eliminate controllers completely? Want to swing a sword? Imitate swinging a sword. Want to move forward? Jog in place. It's so easy a grandma could do it. And just like that, The Great Wall of Hypercomplexity had been torn down—potential gamers who were either very young, or very old, or just easily intimidated were now allowed back on the playground.

And yet instead of welcoming a new generation of fellow gamers into the fold, they were met with disdain and backlash. “Where are the core games!?!” they cry. “Casual games aren't for real gamers,” they sneer, while poking out their chests to proudly display their hardc0re g4mer badges. I've got one thing to say to those people. Grow the fuck up.

The “Hardcore” demographic has always claimed to have been the gatekeepers for gate that has never actually existed in the first place. Any game that brings enjoyment to the player, whether it be a macro-heavy RTS, an FPS twitch fest, or a facebook game about clicking kittens can and should be be welcomed into the culture with open arms. Crossover appeal and mainstream success ARE NOT NEGATIVES. Frankly, anyone that says otherwise starts sounding like a pretentious gaming hipster. A “Gamester”, if you will. And no one wants to be one of these: