Monstermind is the most okay Facebook game you're probably not playing.

8:33 PM on 02.07.2012 (server time)    0
Remember the SNES version of SimCity, where building and city management were all well and good, but some of the most fun times could come from unleashing natural disasters, nuclear meltdowns, or even a Godzilla-sized Bowser Koopa on your city? Well, imagine what would happen if someone took that joy and gave you the ability to let monsters loose on other people's towns, and to build up defenses for your own. 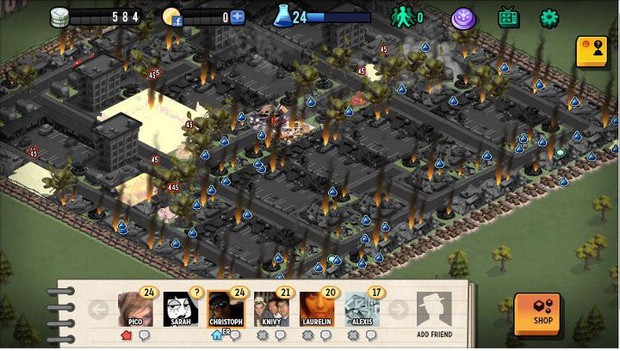 Sure, Monstermind's as much of a waste of time as any other social game, but you do have the added benefits of a "harvest" that doesn't disappear while you're away (unless someone trashes your town), and the fact that any destruction, be it inflicted upon you or waged against someone else, will net you experience, which accumulates to unlock new and better structures and monsters. It's at least half a step up from any of Zynga's innumerable 'villes, and it's gotta be more rewarding than The Sims Social, so I highly suggest checking it out.
#ShareonCommunityBlogs
Login to vote this up!