Improvement: Fixing cracks in the stage of history. 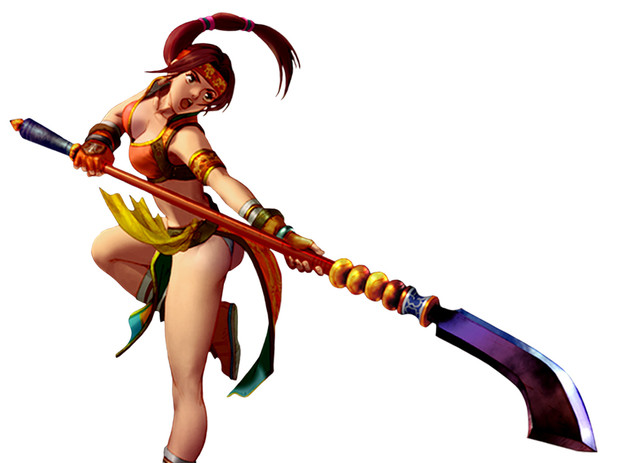 This last item's a bit of a personal preference, but if you think about it, the series' continuity somewhat demands it. Seong Mi-na's been around as far back as the original Soul Edge/Soul Blade days, up through SCIV, and leaving her out of V after having come so far was practically criminal. Sure, Rock's MIA, but he got dropped years ago in favor of keeping Astaroth around (and, in all honesty, should've seen Bangoo take up his axe at some point down the line). Sophitia and Taki, while pretty much out of the picture, have clear successors in Pyrrha (who also carries shades of Cassandra) and Natsu, respectively, and Li Long's replacement, Maxi, has kept on trucking through the series despite having been killed off in SoulCalibur II. Even Kilik manages to worm his way back in as an Edge-Master-style character, which is doubly inexplicable considering Edge Master is back, and Elysia fills the role of his Inferno-esque boss fight and counterpart.

Those who've left the limelight in the seventeen in-game years between SoulCalibur IV and now at least find some sort of side mention in the plot, but Seong Mi-na's nowhere to be found, in any form, and I think it's unacceptable. Even with the huge time gap, she'd still only be 40 by the time SoulCalibur V happens, and judging by Ivy's persistent hotness at perma-32, I think she'd still be pretty fine and pretty capable. Whether or not Project Soul neglects the opportunity to provide her as DLC in the current title, I would be more than happy to see her return as a badass MILF in the next SoulCalibur.

All in all, SoulCalibur V took some great strides toward rejuvenating the series and keeping it potentially viable for a few more games, but I think with a bit more polish and some revisitation of some of the elements the series left behind this time around, [i}SoulCalibur could be fully reborn in a form with nearly as much impact as the first SoulCalibur had back in arcades and on the Sega Dreamcast.
#OpinionEditorial
Login to vote this up!