9:13 AM on 12.19.2011 (server time)    0
You know those type of people that almost always play on the hard difficulty on a game, just so they can boast about how much larger their e-penis is bigger than us mere mortals? Now I don’t have an issue with people who play on the hardest difficulty, heck I like to play on it most of the time myself, but sometimes I have to wonder why there is even a hard difficulty in certain games where it just doesn’t fit. I’m talking about games where you’re supposed to be THE badass, the toughest S.O.B who ever ruled the land who doesn’t give a crap about anyone else. It may just be me, but in these types of games, I can never play on the hardest difficulty. 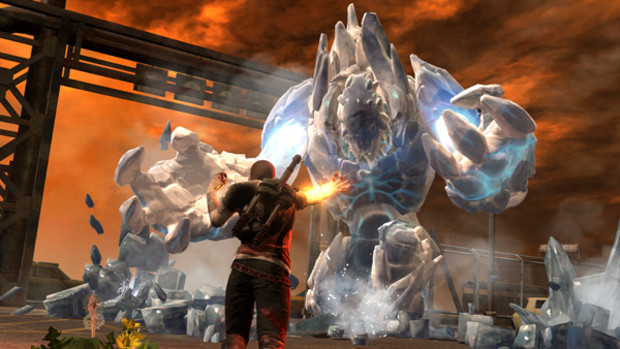 Exactly 0.0374 seconds before Cole ran away with his tail between his legs on hard difficulty

God of War III is another example of a character that is presented with such brute power, but is a character that quickly becomes incredibly weak when outside of the normal difficulty. It is entirely possible that I am just utterly terrible at this game and it probably is true, I’ve seen it. I sucked. There are some games that actually benefit from playing on the hardest difficulty, at least in my eyes. These are generally games where you play as a character who is fighting against the odds and is the underdog who has to rise and beat insurmountable odds. This added challenge, if implemented well, I believe makes the eventual success that much grander and is why I sometimes prefer to play on the hardest difficulty.

I don’t want the option to play on the hardest difficulty in certain games to be taken out. That would be beyond ridiculous and only serve to alienate a whole audience of customers. I may just be the weird one who goes against the grain; it wouldn’t be the first time. I’m only interested to find out if I’m the only one who follows some kind of rule as to whether to play on hard difficulty or not, whether that be due to genre, preferences or how changing the difficulty affects gameplay or any other reason that someone might have.
Login to vote this up!