4:01 PM on 12.14.2011 (server time)    0
We all know what it is. It’s what we essentially came for isn’t it? It’s in place so that the story can be wrapped up in a nice, tidy, neat bow or as the current trend of sequels being released also indicate, ending on somewhat of a cliffhanger, leaving us with more questions then answers. It is the end goal of the all the previous hours work, unraveling the story and experiencing all the games qualities, both good and bad. Now I don’t aim to critique how good or bad the final cut scene is in today’s games or how predictable and clichéd it may have come across as. I’m purely here to highlight an ending cut scene that I genuinely can’t get sick of. It comes from a game I recently completed for the 5th time, that the in-game stats state that I’ve played over 30 hours of, whilst barely touching the online segment of the game. That’s right, a primarily single player game, at least for me and a game that still today, remains one of my favorite games of all time. And that game is Uncharted 2: Among Thieves. 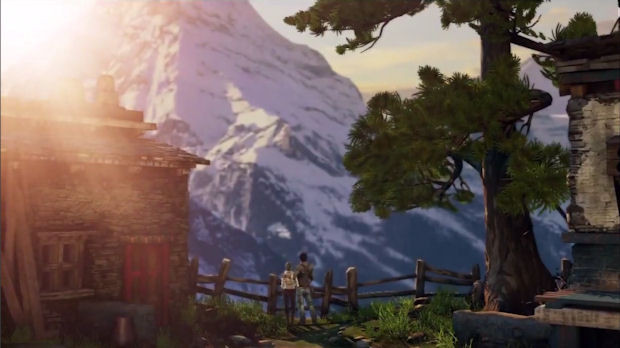 That looks and feels so familiar to me.

I think we all have that one game where the final cut scene stuck with us and is regarded as a personal favorite. It may have gone or exactly how you wanted or been a surprise twist you never saw coming. This was one such cut scene that stuck with me and at least in my opinion, did not falter in its execution in the slightest.
Login to vote this up!