Xenophilia: Can anyone recommend a decent fighter with over 200 characters?

12:01 AM on 12.12.2011 (server time)    0
Back in the day, there was only one way to inexpensively import games available to a 13 year old. Piracy. This wasn’t the modern, run of the mill, easy as pie, download off the Pirate Bay torrent piracy of today. This is the find a guy from China on an "internet message board" and hope he doesn’t rip you off when he burns you stolen games and mails them to you kind of piracy. Very similar to the story Xenoblade of today(minus the happy ending), the reason I pirated might sound a bit familiar.

As a note, I do not condone or endorse piracy. I think it is the wrong thing to do and have not done it since I’ve been able to have a job. You can make your own choices regarding this matter.

There was a game company called Squaresoft who recently formed a studio called Game Factory. Game Factory was a combination of developers with experience on the Tekken and Virtua Fighter franchises as well as some Square/Enix mainstays like Akira Toriyama. There first game out was a little one on one fighter called “Tobal No.1.” 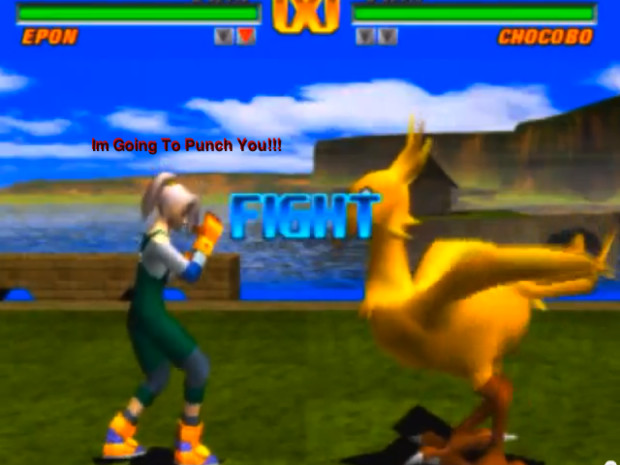 *Images are Copyright to their respective owners. All composite images were composed by me for satirical purposes. I don't remember where I got all of them, sorry :\
#OpinionEditorial
Login to vote this up!