Love Thy Neighbor: The Need for Compassion in Games

11:21 AM on 11.14.2011 (server time)    0
They had us pinned down. There’s so many bullets flying overhead that mere seconds of exposure meant certain death. There was blood in the water, and those sons of bitches could smell it. And that’s when I hear him: “Shit! I’m down man!” I look up, and my teammate is 50 yards away behind a concrete barrier and bleeding out on his knees. Without a second thought I pop a smoke grenade and toss it between us. Within moments the battlefield is blanketed in a gray haze, and I’m off and running. I pick up my comrade, blind fire a few rockets, and then we hightail it back to our team’s fort behind the sandbags. “Thanks man,” my teammate says to me. “This wave isn’t nearly over,” I reply. “We need you.”


This is just one of the many acts of heroism that transpired during a three hour session of the Horde last week. We did eventually make it past the 50th wave. After the last brumak went supernova and gave us a well deserved light show of victory, the four of us stayed in the chat channel for another 15 minutes, giddily reliving our favorite close calls and “oh shit” moments. It truly was one of the best gaming experiences I’d ever had. 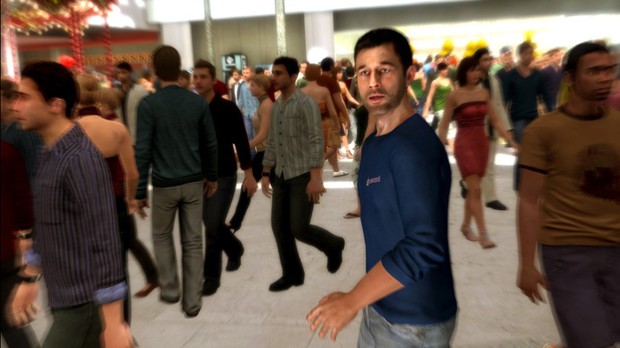 
This quote by Penny Arcade’s Gabe always sticks with me:


“I’ve spent a couple nights with Heavy Rain now and I think it’s really special. If you’re a parent, (especially a Dad) this game can be pretty difficult to play at times…I don’t know if it’s an 89.85%, or a 9.7 out of 10. What I do know is that after a late night playing it, I sneak into my son’s room and hug him before I go to bed. I think Heavy Rain is probably one of the most important games ever made. Maybe not one of the best, but definitely important.”


When you’ve got games touching people like this, it’s something that’s hard to ignore. Come on developers, gamers have hearts too. Why net let us use them once and awhile? The theme of Heavy Rain was: “How far are you willing to go to save someone you love?” I don’t know, but give gamers a chance and we might surprise you.


p.s. I may love a good sob story, but if I see another hometown blown up in an RPG I’m going to seriously hurt someone.
Login to vote this up!