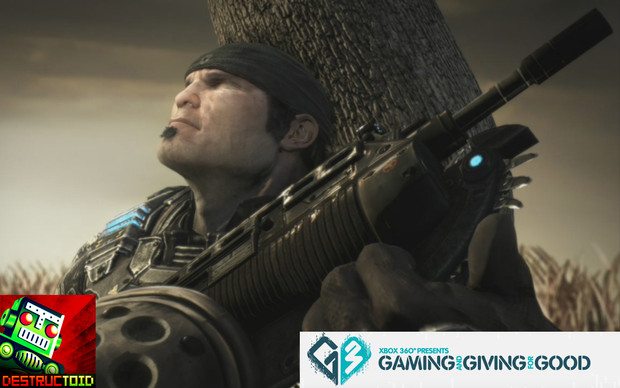 Greetings friends! I decided to join in on the donation sensation for the G3 and Extra Life event on Xbox Live tomorrow! If you want more information on the charity itself, see manasteel88's post!

As for what I'm doing, I'm working on raising money for the UC Davis Children's Hospital. I set my goal for a low amount of $100, but we don't have to stop there! If you'd like to donate to the cause, visit my donation page.

As for games, I'm going to be mostly playing Gears of War 3. I'm looking for three participants to play through the co-op campaign on Insane difficulty. After that I'd also like to do some other multiplayer modes for Gears 3 like Horde, Beast, or the regular TDM/Execution/CTL. I also plan on doing some Bad Company 2, or whatever anyone else would like to play. If you'd like to join in just message me on Xbox Live, or hit me up on Twitter. I plan on starting at around 12pm PST and going until whenever. I'll also have a party open so feel free to drop in and chat even if you can't play.

And that's basically it! Please help us do what we can! Donate, play with us, or even just help us by promoting our efforts! I thank you for whatever you guys can do!

Edit: I may jump onto the PC for some gaming as well. And if that happens I'll be doing some streaming to go along with it. Keep an eye on my Twitter feed for status updates, as well as my Justin.tv/Twitch.tv channel, because I'll stream anything I play on PC. Also add me on Steam to chat or even play with me.
#ShareonCommunityBlogs
Login to vote this up!