Why Nintendo shouldn't go the way of Sega 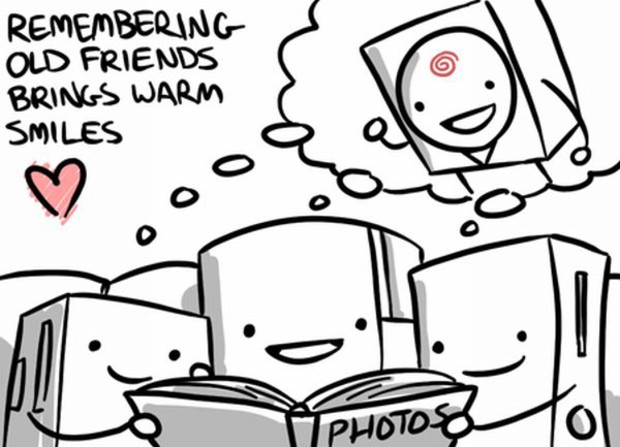 We’ve been in this trifecta position before with Sega/Nintendo/Sony, and Sega after having made many poor business decisions decided to turn into a software only company, abandoning their console ambitions entirely. From a monetary stand point it was a great move and saved their arses. But from a creativity point of view, not so much. Sega have seemed content for a long time now to just tread out a constant stream of mediocre Sonic games with only the odd great game like Valkyria Chronicles to tide them over. Sega's mostly a publisher now, and not the house of bright ideas it used to be back when they were console makers as well as software developers. That's exactly what would happen with Nintendo - you'd get Mario and Zelda games ad infinitum, but forget about getting Metroid, Pikmin, and Kirby as they're too niche. What happened to the Sega that did Streets of Rage, Jet Set Radio, Skies of Arcadia, etc? Yes, Nintendo going 3rd party would mean you wouldn't have to buy another console, but you'd also see less Nintendo games as a consequence, and less creativity. Of course this is just my opinion, it’s not fact, and just because this happened to Sega doesn’t mean the same thing would happen to Nintendo.

I want all of you to answer a few questions for me: Why do you really want Nintendo to stop being a hardware company? Is it that you feel betrayed by the casual focus of the Wii? Is it Operation Rainfall or the 3DS problems? Is it the games droughts? Maybe it’s all of the above. What I also want to ask you is are these reasons enough to want a company to stop making consoles and just focus on making games for the highest bidder that they may not have editorial control over?
#ShareonCommunityBlogs
Login to vote this up!