1:41 PM on 09.07.2011 (server time)    0
Nerdł is something I've been keeping my eye on. While I troll through mindless CoD:Black Ops top 10 "uber-uber-uber kills + blopsgasms" (don't judge me, judge the stereotype), Occasionally I find stuff that I actually enjoy. When I spied one Nerdł awesome videos, I went to check out more, and I was rewarded with some funny, some deep and emotional, and a mix of both in their machinimas. With vlogs, a "Let's Play" series, and just pure general awesomeness surrounding them, Nerdcubed seem to be up on the rise. 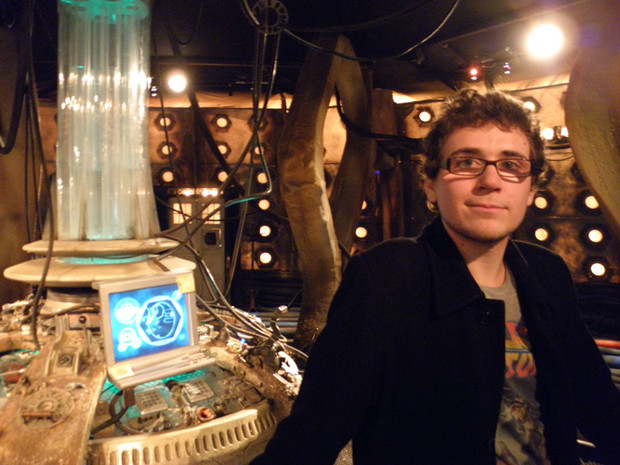 This is the guy I talked to.

NerdCubed is how the uncool kids spell it. Hold Left Alt and tap 0179 on
the Num Pad! There we go! So, Nerdł is the name I give to everything I
do online. I've used alot of names in the past and I finally wanted to
nail it down to one name that I could then build upon. So Nerdł is the
name of my comic, my site, my videos and anything else I do!

How did it originate?

I had a real job for about four hours. That was enough to never want one
again. During the fifth hour I was doodling a little minecraft comic and
that night I made it. Over the next few months I started up a little
wordpress site and began uploading a comic once every few days. It
caught on so I left my job and it's been my life ever since!

Everything! Anything! I like to try my hand at as much stuff as
possible. The current focuses are the Comic, the Let's plays and the
Machinimas. I like to think of these as the trinity of Nerdł. These
three are the constants and everything else can come and go. In fact a
few weeks ago the Let's plays weren't on that list so you can see how
changeable everything is!

I have no idea. Seriously. My plan is essentially to keep throwing
things out and see what sticks. I've got about 20 news ideas I'm playing
with at the moment. Out of those twenty I'd say... oh... about one will
actually work. I can't wait to find out which one!

Has the fanbase had any influence on where Nerdł is heading?

Entierly. If the fans don't like something then I don't force it, I let
it die no matter how much I may love it. A lot of sites recently have
made unpopular moves and kept them saying that they 'make business
sence'. Well, if people don't like them then it makes no sence
whatsoever. I try my hardest to listen to my community, to respond to
emails and to chat in the comments. I want everyone to feel welcome and
feel free to share their ideas! Plus the comic has reader choice every
now and then so I even let the fans influence the story! I'll tell you
one thing, that makes plotting the story a right pain! :D Worth it though.

Your comic has run well over 200 issues, what do you make of this?

It's insane. Both the fact I've actually made 240 of the things and that
people are still reading! I'm always trying new things with it and aside
from a rough plot I still have to write it every day. If I knew what I
had to write then I'd get bored. All I have is a list of key events and
characters and the rest is worked out daily!

I hear you do Youtube Minecraft Let's plays, how is yours different to
others out there?

Most let's plays are someone talking over 15 minuites of Minecraft
footage, sticking a logo on the front and uploading it. Mine are 3 hours
of footage edited into one 15 minuite video. In a word, they are faster.
If I have to get somewhere instead of talking over minuites of me
walking I'll just edit the footage there. There is also a much larger
focus on comedy over actually showing you how I build the various
things, plus the things I build are made in one episode and always
chosen by the community. Want me to build a giant space aardvark?
Suggest it then watch me fail as I try to build it. Someone once called
them the 'Top Gear' of let's plays and I think thats pretty true.

Any word on any future projects?

OK, Can you give me any information about your "secret" projects?

Well I'm currently playing with ideas to introduce new people. I mean,
the comic is 240 issues on and that's a lot of catching up to do. I want
to do a comic 0 to go at the start that explains everything but I'm
still not sure what to write. I can tell you that on the 23rd I'm
releasing a retrospective of the first year with all the things that
failed and that worked. It's also going to list a few of my future plans
so that's exciting!

Oh and I really want to make some games..."

I'd like to thank Nerdł for taking the time to reply and go check out his stuff !! It's epic !!
#ShareonCommunityBlogs
Login to vote this up!