10:25 AM on 07.23.2011 (server time)    0
You go into the living room and have a seat on the couch, controller in your hand. It's been a rough day. At work you had to make a choice that affected several people. Try as you may to do the right thing, it ended up being the wrong thing, and now everyone's pissed off. Then you missed your daughter's play because you had to work over. You could have made up some excuse, but your job takes top priority and someday your daughter will understand that. But right now she's pissed at you too. On your way home from work you remembered to stop at the store. You thought your wife would be surprised by the fact you picked up grocery's on a list she left you this morning. You were trying to be a good husband, right? Wrong. You forgot the milk. You ended up having to endure 30 minutes of her complaining about your lack of responsibility. Now all you want to do is sit down in front of the TV and unwind with a game.

So you start up that RPG you recently purchased. You're still upset about the days events and you need to take all that anger and frustration out on something. You pillage a few towns. Kill a few innocent bystanders despite protests from your party members. You horde away the loot and good weapons. Why should you share? They don't need them. You go to the local pub instead of going home. You pick all the morally wrong choices when interacting with the patrons. Now you'll spend your coin on ale and when you're done drinking your fill, you're going to sleep with the barmaid. You're wife won't know. She drives you nuts anyway. You'll probably offer her up for sacrifice tomorrow, but that's no concern of yours right now. The screen goes black for a second and now it's morning.

But what is this? You wake only to find the barmaid ran off with the rest of your coin. Your party is nowhere to be found. Not only that, they've taken all your equipment and left you the damn low stat weapon you received at the beginning of the game. As you wander out onto the street, you decide to steal some coin from a passerby. Music begins to play. Your former party stands in front of you. You're in a boss fight. You are the boss! Your former allies hack and slash at you, taking you down with the very weapons you refused to equip them with through the entire game. The screen fades to black once more and you're greeted with this: 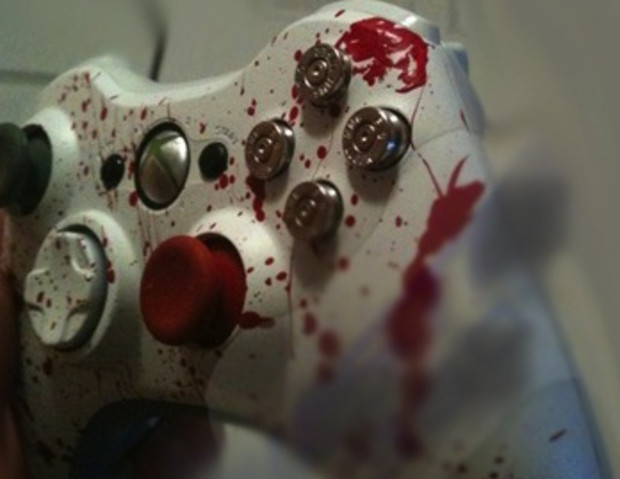 Unsettling? I'd say so. Would Mr. Walker have done it to complete his goal and still enjoy being a bastard? Would you do it? I'm all for our industry growing up, making leaps and bounds in delivering more mature content, getting us talking and debating instead of sitting in the same stagnant water all the time, but as we wish for this, are we really opening up a Pandora's Box full of problems? And perhaps the bigger question is, as developers push morality at us, and when the world you go in to escape the harshness of everyday life mirrors that same everyday life, is the game even fun anymore? How far do you want the industry to go? How accountable do you want to be for your moral choices in a game, or should we keep that gray area to fall back into?
Login to vote this up!