Downloadables: Platforming on the Edge

4:44 PM on 07.22.2011 (server time)    0
Platforming was one of the orignal video game genres. While some players don't play shooters, and others refuse to touch an RPG, almost everyone has, at some time or another, given one of the many platforming titles out there a chance.

And yet, as game budgets ballones, and production values rose, the simple pleasure of manuevering across the screen became too small of an experience. Jumping over enemies and avoiding pits might have been great for the first slew of Mario titles, but the modern gamer needs more, at least they do if you want to keep charging $60 a title.

Enter digital distribution, who I can not thank enough for saving, and in many ways revitalizing the platformer. Yes, the genre has remained salient, in many ways integrating its principles and mechanics into other forms, like RPGs and FPSs. But the old-school, run-and-jump of yester-year was edged out of the mainstream gaming market long ago.

Then there's Limbo. Regarded by most for its great visuals and enduring style, it remains one of my favorite games not just because of how it appears on the screen, but because of the subtle ways its design offered a fresh take on the traditional platformer, while still remaining true to the original spirit of that genre.

Naturally, Limbo is beautiful and cinematic. Necessary qualities for any platformer. In addition, it unfolds seamlessly, inviting players to openly embrace the terror that follows each linear progression with a pace and gravity that immerses the them instantly. And even beyond all of this, developer Playdead Stuidos’ most important accomplishment in this title is bringing a new vitality to the very essence of platforming--failure.

The point of any solid platformer, no matter how dressed-up or fancy, is to get from point A to point B. Limbo is no different. But rather than the tedium many have come to expect from challenging games, this indie download made failure not only an option, but an inevitable pleasure. 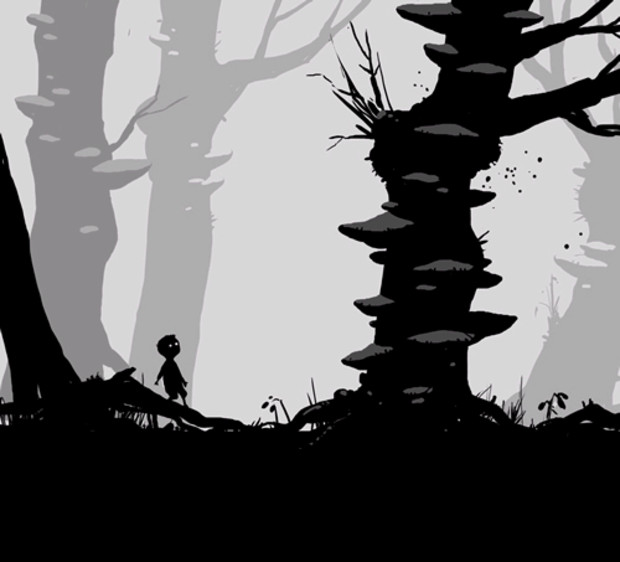 Limbo achieves an exquisite blend of obstacle and success. Playing it is to be liberated even while caught in the throws of a maliciously conconted digital maze. It is Limbo’s balance, which it achieves on so many levels, making puzzles challenging but rewarding, difficult but engaging, that makes it a distinguished success. And which gave platforming new possibilities even as it energized old ones. The story grips you, even though it barely exists. The world feels open, even while confined and linear. And the gamer feels perfectly alive even as their protagonist repeatedly dies.

Most of all, it's a game that couldn't have been made without digital distribution. Short and precise in its vision, Limbo is a perfect example of the "long-tail" that modern gaming had often left unexplored. Now, thanks to digital distribution, the edges of every genre can be explored from the financial security of a narrowly constructed downloadable game.
#OpinionEditorial
Login to vote this up!