Why I'm thinking about switching to PC. [Above: Not me, but it's my dream to live in South Park!]

I game on my PS3, and I love it like crazy! So why would I want to make the switch to PC?

Well let me start off with the reasons why I would like to make the switch. Every generation you have to buy the new console, or be stuck with your old console that won't get any support; decent support anyway. This can be quite costly. The PS1 was $299 at launch, the PS2 was $299 as well, and the PS3 was priced at the very infamous...599 US dollars. In total, no tax in this math, that would be $1200. Thats a pretty nice ass PC you could of built.

On top of buying the new systems, you have to buy new controllers. All consoles have one controller bundled with the console, so think of the controller as your mouse and keyboard. If you want to play a local multiplayer game on your console (PS3 in this example), then you will have to dish out another $60 on each controller; and each of those controllers will become USE LESS when the next generation arrives. If you want to play a local multiplayer game on PC then you can pick up mice and keyboards for much cheaper than $60, and those will last you basically forever, or until you want to get a new mouse and keyboard. Or better yet, you could have your buddy bring over his/her mouse and keyboard. (who the hell doesn't have those 2 things? hehe) Some games just don't seem like they would play as well with a mouse+keyboard when compared to the dualshock3. I can't imagine playing a game like Little Big Planet on a keyboard without two analog sticks, well I can't imagine being able to swing my arms in the adorable way that I can with a dualshock3. (though you can hook up joysticks, controllers, or whatever to your PC that is practically the same thing as a console controller)

Graphics and visuals are a very important thing, and there is no denying that the PC is the #1 machine when it comes down to the graphics. The PC basically has no limits to power, other than your wallet; but like I said above, console gaming puts a bigger hole in your wallet than PC gaming. There is really nothing else to say in this paragraph, haha, PC is the most powerful.

Now I would like to talk about modifications, better knows as simply 'mods'. I love games that have user generated content. Games like Little Big Planet, Modnation Racers, inFamous 2, and I am impressed by other consoles UGC tools in games such as Halo: Reach. Very few console games have tools for UGC, while pretty much every PC game can be modified, and many developers give the community tools for modding. (but console UGC seems to be generally MUCH more user friendly) PC gaming allows for new content at any time because of the community and the mods they make. 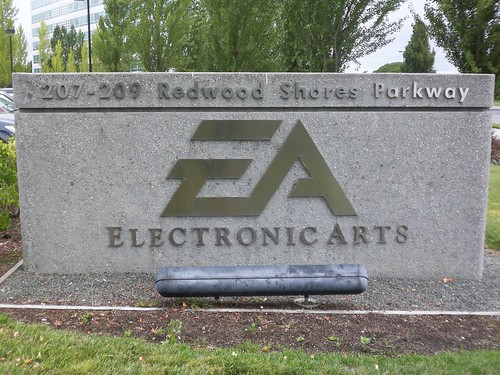 [EA is crowned the King of shutting down servers!

Another thing that is great about the PC community and the freedom PC gaming brings, is that you can bring games that use online and have been shutdown, back to life. I am loving the hell out of Bioshock 2 multiplayer right now, but I am so worried that the online for it will be shutdown. That wouldn't really be a problem on PC, because I know I could make my own servers and host games, or someone else could; all you need is the know-how.

Now what about my reasons for sticking with console gaming, specifically the PS3?

Well it is very simple. The exclusive games, and exclusive content. Sony's exclusives are some of my favorite games, the Uncharted series, the LBP series, Killzone, Resistance, the list goes on. I have no doubt that those games would be much better on PC, but I do doubt they ever will come to PC. Then there is PS3 exclusive content for games such as Mortal Kombat, Mafia 2, Saints Row 3, L.A. Noire, and so on. Sure the mods from the community are probably much better to have than a tiny bit of exclusive content, but it is a bit bothering that that content won't ever come to your platform

My biggest problem with PC gaming is not the fault of PC's, but the fault of publishers and their bull shit. I haven't paid to much attention to DRM (downloading rights management) or anything like that lately. I do know that from what I've heard, some publishers are just straight up dicks. I can't believe how they treat some PC gamers. Many publishers say it is a fight against piracy, but they seem to end up hurting the actual consumer, and not the pirates.

I would love to start gaming on the PC, it is just so appealing. However, I am in love with my PS3 exclusives. It seems like I will stop buying multiplatform games on my PS3, and just wait to buy those when I get a nice PC. I hope to get enough money to get a good gaming PC, and use that as my primary system, and use my PS3 as my secondary; strictly for exclusives. PC gaming just makes so much more sense.

Thank you very much for taking the time to read my blog post, good gaming to you all! :)
Login to vote this up!