Some thoughts on Dust 514 and Defiance

1:25 AM on 06.22.2011 (server time)    0
One thing that I've felt has been lacking on Dtoid has been the spotty, hard-to-find news about MMOs in general and about these games in specific. Though the news, as almost always has been the case on Dtoid, has been great, I feel like there isn't enough speculative attention to detail and idolizing of this genre as I feel there should be with such an awesome gamer community as Dtoid. Maybe Dtoiders just don't play that many MMOs or, (GASP), are mostly console people or, even worse, are those lowly creatures we call "casual gamers" NOOOOOO!.

That's okay, though, I'm just playing around. Console and casual gaming are a part of the holy triumvirate as well and all are going in interesting directions, at least with certain IPs and the right developers. But what about having your decisions matter in a game, as has oft been promised to MMO and Console gamers alike? The future direction of gaming is potentially going to really change with these two games, I believe, and introduce a whole new level of what I would call "meta media" content to today's mainstream gamer (IE. the console jockey-of which I am one as well) by just being different and expanding the mix a little bit. 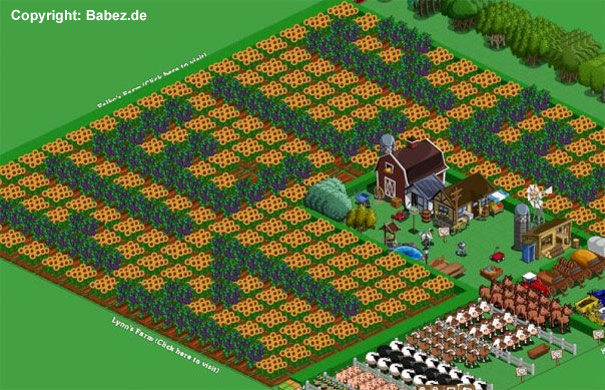 Don't you want to feel more valued and important than you do in a game like Farmville?

With Dust 514, a hybrid tactical RPG/FPS developed by those crazy Icelanders and Finns over at CCP, the maker's of EVE Online, gamers on the PS3 are going to get to experience a gaming world where tactical gameplay decisions made in real-time are supposed to matter and impact the experience of not just other Dust 514 players, but also the EVE universe of players as well, estimated to be at over 350,000 active subscribers (according to http://mmodata.blogspot.com/). As with EVE, players in Dust 514 will be interacting within one universe, one realm, meaning that the actions of a few players perhaps fighting through a stronghold to get at a lucrative communication relay could potentially impact not only their surrounding players but people literally all over the map. With potentially millions of people playing this game, the minutia of countless actions taking place in real-time could, theoretically as has literally happened in EVE, affect everyone in profound and dynamic ways. 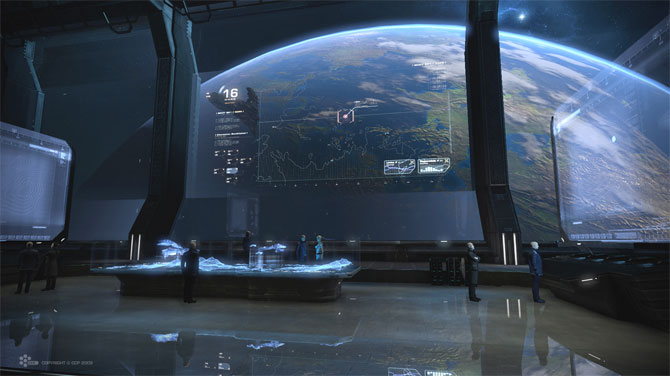 Imagine calling down a "doomsday" weapon from EVE to a planet and seeing what happens...

The twist with Dust 514, as I'm sure many of you have read, is that the players in the game work in conjunction with the players in EVE, where the players in one are fighting for control of planets and terrestrial outposts and resources and the other fighting and financially backstabbing each other over control of the stars. If it works out well, this hybrid concept of crossplatform integration and cooperation amongst console and PC/Mac users would be revolutionary in gaming and bring the medium one step closer to making actions real and impacting beyond the confines of the virtual barrier between the two. As this trailer from March shows http://bit.ly/jc3TbN , the cooperation between the two universes could be truly epic. 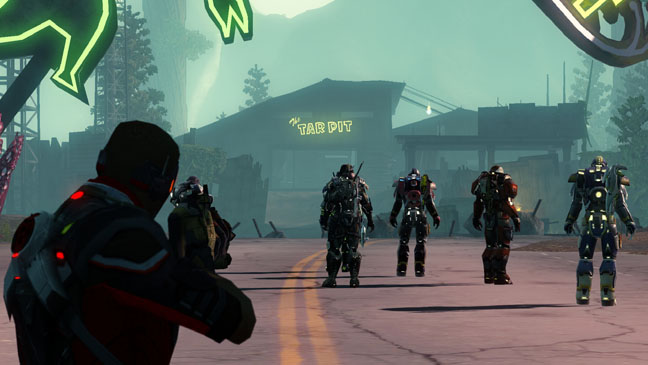 There are only four screens of Defiance online...

The upcoming Defiance is another example of how "meta media" is working it's way into our console and PC/Mac experiences with an added twist. The game is also setting the stage for a TV show on SyFy and actions that occur in the game will impact the show and vice versa, or so the talking heads say. I, for one, think that is awesome. Imagine living in a world where your avatar, a digital being, can be seen and whose actions can be viscerally felt by potentially hundreds of thousands or even millions of people outside the virtual realm. What if your avatar became real, a celebrity in two realities, two worlds? Game theorists, social commentators and pop critics alike should be having a field day over this game and it's potential implications, but it seems that it really isn't getting that much attention, at least not outside of certain gaming circles and this a damned shame.

For what it's worth, I think these games are going to break the proverbial mold surrounding gaming and hopefully really bring games and gamers closer together and closer to a reality of mutuality. What I mean by that is, a reality where actions matter, where people are seen and where gamers are in the spotlight, both in the virtual world and outside of it as well. It's sucky, but understandable, that little details are given at this time about Defiance and there is still a lot left to learn about Dust 514 as well, but hopefully, as these games are fleshed out, people will get more interested and maybe we'll see some exciting stuff go down next year at the earliest.
#Community
Login to vote this up!