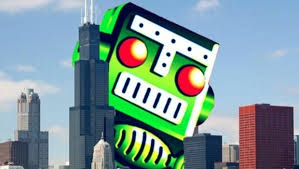 My relationship with Nintendo.

I have struggled a lot with my own views on Nintendo for years now. You might know what I'm talking about if you have read some of my comments on articles; some posts might of seemed positive and intelligent, while others seemed negative and based on fanboyism/ignorance. (*cough* Sofik). I wasn't happy about my confusing and ever-changing relationship with Nintendo, but fortunately our relation has developed into a healthy friendship.

Speaking of friends and relationships, lets start off with a little background information. I grew up on my friends video game systems, I didn't really own any personally. I did have a Mac with "Kid Pix" and some of Pangea Soft's games.(great memories of playing with my siblings on that computer) But back on topic, I was a kid growing up in the 90's. So like most kids, I played video games. Just some PlayStation, but lots of N64. The sixty-four was my favorite out of the two, even though I enjoyed it, I never asked my parents or Santa (parents strike again) for one.

The reason I didn't ask for one was simply because, I didn't really want a video game system. I had enough friends who had video games all ready, plus I was more of a "toy" kinda kid. One of my greatest nostalgic memories is all the awesome (I would say they were epic) toy set-ups me and my brother made, playmobil, lego, stuffed animals, give us anything and we would of done something really creative with it; we would play the hell out of our creation.

Basically I didn't really have the urge to play video games at my house, I could play with my brother and sister, I could watch some Rugrats (Nickelodeon was the best in the 90's) or do whatever. If I did have a need to play video games, I would just go to one of my friends house and play some sixty-four, preferably BomberMan64. We would play for at least 20 minutes at a time, usually 45-60 minutes, then we would bounce on the trampoline, play with plastic cowboys and plastic army men, etc. Then we'd come back to video games.

Same thing happened with the GameCube, I really had fun with the system. ( Tons of great games, Super Smash Brothers Melee FTW!) But, I never really wanted to get a GameCube, playing it at friends houses was enough for me. Not much else to say about that. I guess you could say me and Nintendo were good ol' pals.

When the Wii came out, a few of my friends got one. They had my family over and a few other families over, and we all enjoyed it. This was my dating period with the Wii. I was just kinda getting to know the wii, but I was really interested in it; the price was really appealing and it was a cute little machine. On top of that, my family really like it, so I saw a future with this thing. (hehe) After a few months of "dating" I finally bought a Wii. It was around June of 2007 when it arrived (haha mail order wife).

I could write a book about all my experience and thoughts on the Wii, but I will try to summarize it up. At first I was happily married to Nintendo, I was a loyal fanboy from about 2006-2008. During this time period I would defend Nintendo no matter what, if Nintendo committed genocide, I probably would of defended them and tried to justify their actions. Even though I was a fanboy, I was having some issues with my relationship. (thats a whole different series of blog posts though) I realized that Nintendo wasn't giving me the experience that I wanted, and the Wii lost its charm that it had in 2006.

In 2009 I got a divorce from the Wii and Nintendo, I was just so fed up with all the BS from Nintendo. I took my Wii and all the games and accessories to gamestop. (FUN FACT: I looked up how to put the wii back in the box, which was a pain in the ass cus there have been like 10 different interior wii boxes; I even kept the plastic for the wiimotes!) I got a PS3 and Little Big Planet.

I haven't looked back since that day in 09, but it still kinda has been a struggle. I had bipolar opinions about Nintendo since just a few days ago. I'm going to try to keep my comments and mind as far as possible away from the status of "fanboy".

Nintendo was a pretty big part of my childhood, but I don't get the feeling I used to get it from a generation or two ago. I respect Nintendo, and I just wanted everyone to know that. I hate a lot of the things they do, because they don't make sense to me. Like the disaster of the eShop that Jim recently wrote about. I am a PlayStation gamer now, I am not a fanboy; and that is the last thing I ever want to be. I used to be a Nintendo fanboy, and I HATED it. I just hated defending something when I knew I was the wrong one in the argument, and I hated having to tell myself that the PS3 sucked.

I don't understand how anyone can be a fanboy, how do you live? I had a "falling out" with Nintendo, but I don't bash everything they do. You don't have to game on everything to be a gamer, Nintendo (and Microsoft) just isn't for me. The best way for me to enjoy Nintendo games is when I'm at someones else house, and when I just played for a little bit at a time.

I'm not sure where the direction of this blog post went, but I hope you understand what I am trying to say. I feel like I should re-read it ten more times and fix it up. I will do that later, for now, I'm going to bed. Thanks for reading, and happy gaming :)
#Community
Login to vote this up!