This E3 Post Is Different Than the Others. There is cake.

4:32 AM on 05.28.2011 (server time)    0
Sorry for the blunt title, and the cake is a lie. But I had to get your attention. Everyone does "E3 2011 Predictions" and yada yada yada. I have yet to see a single E3 prediction blog, article, story, feature, etc. that I actually agree with. So, here we go. I (hopefully) think this post will be slightly refreshing from what else is out there. Get ready for a long one.

That's what she said.

Now, to start, I would like to prepare you for what I call, E3 "Holy Charlie Sheen, Batman! What just happened?!" 2011. Now, what makes E3 "HCSBWJH" 2011 so different from E3 2010 is that I think this year will be the top line of this generation. If you look back since the show started in 1995, the show starts off like a Nicholas Cage movie during the first couple years of the current console generation, then it magically turns into a Tom Hanks Oscar-winning presentation in the last year or two before the release of the next console. Not in the sense in that our toys come to life and tell a story of love and purpose, but rather just because of good business. The year before a console launch has to be great for a company because you want your name to be golden when people are deciding on a new console life purpose. Case in point is last year when Nintendo pulled out all the stops and revitalized a lot of things and had a pretty good year right before the launch of the 3DS (which killed itself, but that is for another blog). So, using my savvy business knowledge that I got from Kaplan Online last night, here is my rundown of the 3 major publishers (who actually give a crap enough to hold conferences), my predictions and reasoning for those predictions, and then I address some of the popular rumors floating around. 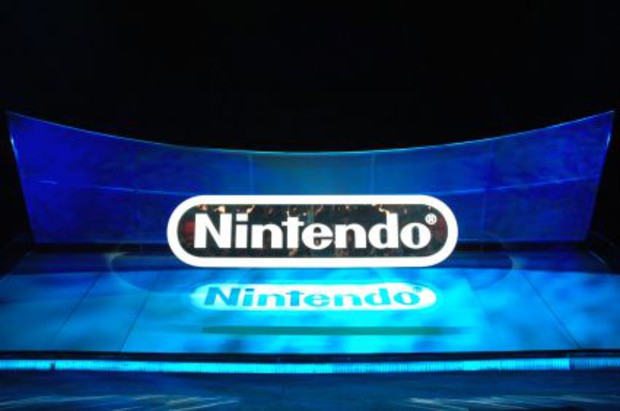 We know several things Nintendo will focus on. The new console will be discussed and shown. The 3DS will get hoisted up as a glowing beacon of (fake) success. We will see more Zelda: Skyward Sword and 3DS titles. Trailer. Trailer. Trailer. Speech about innovation. And here we are. So, aside from the 50 gazillion rehashed Nintendo properties that we know are coming to the 3DS, what could surprise us? Well, for starters, if Project Cafe is released before June 2012, expect waning Wii support. In fact, I wouldn't be surprised if they don't announce much for it at all. Skyward Sword could also very well get another hybrid release like Twilight Princess. I honestly think it will either be Wii exclusive or a hybrid. I completely disagree that after the work they put into the Wii version that Skyward Sword would go completely Cafe exclusive. Not to mention that would mean there was only one Zelda game on the Wii. And that would just be silly.

As for the console itself, I think we see trailers for several Cafe titles, all of which the same old Nintendo properties we are starting to hate. The possibilities include Metroid and Mario, not to mention some less saturated games like Pikmin, Animal Crossing, Star Fox, Fire Emblem, Advance Wars, Super Smash Bros., or F-Zero. Personally, I think an F-Zero game would look AMAZING with the supposed HD graphics the Cafe is supposed to boast. If the console is NOT releasing until next holiday, we can probably expect something to be a surprise for this holiday, whether it be one of the above franchises or something else. Skyward Sword will be a Wii only game if the console comes out next holiday.

I could try and speculate about the system itself, but I don't think it is worth it. No one will be able to guess what the details are exactly. Nintendo consoles are always somewhat surprising, both good and bad. I do think, however, that they will drop the Gamecube backwards compatibility, and there probably will not be Wii backwards compatibility.

...will not happen. If it were even in the scope of the next two years, they would be at least getting a small booth at the conference. However, I do not think Rockstar is interested in GTA 5 just yet. They are getting into an innovative phase that will probably last another year or two.

Yes, actually. I believe this for several reasons. First, it will probably be a name drop and description with a weird prototype, though nothing totally polished yet. The final product could be showcased next year. Second, by simply building the hype right now, they will get to drop their console before Nintendo does theirs, and it will be a surprise. Third, both Sony and Microsoft have A LOT of potential to steal the next generation if one of them tries. The argument that Kinect and Move were just announced and they could never leave those behind so soon is false, as support for both technologies can easily be included in a next generation product. Sony and Microsoft also can NOT afford to let Nintendo have a year's head start on the next console generation. They might as well give a bag of crack to Charlie Sheen and say, "Now, don't get too high until we are ready, OK?" and expect him to not be in a coma by the time they are ready.

I also think Sony has an ulterior motive to their press conference movement. Why would they want to go before Nintendo on Tuesday? Only if they have something that they want to show off before Nintendo can, and that could easily be a very early prototype of new hardware. They would steal all of the "surprise" factor from the show, and they would totally crap on Nintendo's parade like a fat kid at a carnival who had too many corn dogs. Not to mention the lack of a Sony leak this year. It is a double edged sword. It either means Sony has something extremely groundbreaking (like a new console prototype) that they have kept it under lock down. Or there isn't anything for people to spill. :P

Finally, look back at the reports that EA had a Microsoft dev kit already. Those kinds of things don't just get made up by a bored software engineer at EA. It was silly that after a spokesperson came out and said that they definitely did not, everyone just kind of said, "Oh, ok. Well, PR people are always telling the truth, so they must not have anything." and everyone walked away. Should we go to back to David Jaffe's studio saying in 2010 that they "100% would not be at E3 2010"? Or how about Sony's complete denial of the PSP Go and the PS3 Slim rumors before they were announced? PR lies. The idea that a short 15-20 minute talk at the end of both press conferences showing off a prototype of the next console is not too far fetched and, in fact, would be stupid if they didn't. Every week they wait to unveil info about them digs them a deeper hole against Nintendo.

...is total crap. They have something. They announce something every year. They are ALWAYS working on a project. There will be a trailer at a press conference, though nothing more.

...could be true. Those guys take their time on games. There is a 40/60 chance that they will have a trailer at the show, but there will definitely not be a gameplay demo yet.

...is 50/50. On one hand, those guys used to pump out games every two years, so since they have been working since April 2010, they could maybe have a trailer. On the other hand, they do not have art and technical assets to just recycle from the last game. They have to start from scratch, so it could maybe be another year.

Aside from Assassin's Creed 2: Part 3 (AKA AC: Revelations) and Ghost Recon: New Super Soldier Dudes, we will more than likely see Far Cry 3. Splinter Cell won't be back this year. It is still too soon. Beyond Good and Evil 2 would be a good hit for them, too, which could be likely seeing as how they just released the HD version of the first game a couple of months ago. I smell a sneaky French game company.

They are doing OK. How is your mom from last night? Anywho, I say The Old Republic gets a date with Natalie Portman. I mean, a release date. I should stop involving my own dreams into my blogs...Need for Speed: The Run will get a gameplay demo, as well as all of their sports franchises. SSX will probably get mentioned, as well as a possible Mirror's Edge 2 surprise drop. Mass Effect BETTER GET A FREAKING DEMO AND RELEASE DATE! And Battlefield 3 will be given either a trailer or a demo. Burnout Crash MIGHT show up. Maybe.

8. WILL THERE BE A BRAND NEW HALO ANNOUNCED?

Probably not. I bet there is confirmation of the HD remake of Halo: Combat Evolved. I also bet that about 10-15 minutes of the conferences is filled with green and grey light cues, video montages, and speeches all as a tribute to Halo's 10th anniversary. It will get more fanfare than Oprah's finale.

So there it all is. Some of it is wacky, some of it not. Below, I included the top 3 surprises from each of the three big companies that I personally want to see (NOT including what is already confirmed). On this, I leave you, and I invite you to share your thoughts with how much you disagree and think I am off the deep end. Farewell, friends!

MICROSOFT: 1) Give the Perfect Dark license to Crytek to make a complete remake of the series with a new story and everything, 2) Give details on the next console, and include Kinect support, Blu-ray, and full Xbox 360 backwards compatibility, and 3) Unveil a brand new IP that gives me a reason to turn my Xbox 360 on and forget about the 200 Halo games and that garbage you called Fable 3.

SONY: 1) Show off Agent, please, 2) Details on both a new console and the NGP, and 3) Make another "Play. Create. Share." game that makes me cry.