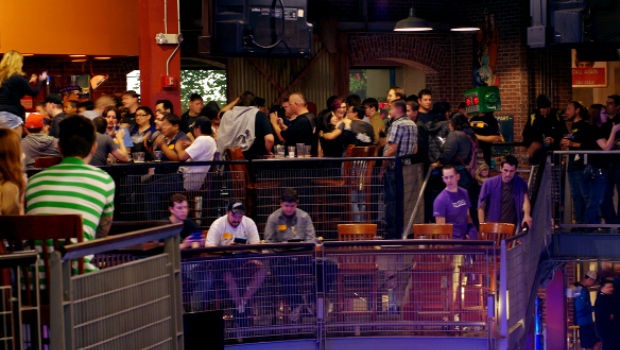 12:20 PM on 05.27.2011 (server time)    0
The Resident Evil series and I have had an interesting relationship through the years. It's been a long love affair, nine years in fact.The year was 2002; On a whim I had decided to pick up a copy of the Gamecube remake of Resident Evil 1, AKA REmake. At the time I knew nothing about the series, I just was looking for some scares and there was a zombie on the cover. Little did I know, this was the start of something wonderful.

REmake was unlike anything that I had encountered before. The game was not built to be fun, it was built to be terrifying. And it succeeded. My first reaction when meeting a zombie was "Oh look, a zombie. Kill it." This proved to be a mistake, as these weren't the cannon-fodder zombies favored by most games, these zombies were tough to kill.
I still remember encountering the first one, I found it feasting on the face of one of my fallen teammates. Thinking myself a hero, I bravely ran up to it and began firing wildly in its general direction. It responded by slowly cornering me and attempting to tear out my throat.
This was the first time in my gaming career that I had felt real fear. I was panicking, trying to maneuver with the tank-like controls in an enclosed space. It was friggin' beautiful.
This brings me to the point of my rambling, nostalgic, half-coherent blog post. The big complaint I always hear about the old REs is the controls, but I love them. It's not a matter of getting used to them, it's understanding why they are the way they are. There is one theme running throughout most of the series that a lot of people don't get: It's not supposed to be fun.
Some of you may find that really confusing, I mean games are supposed to be fun, right? I would agree that the vast majority of games are meant to be fun, but I would also argue that most horror games are not. If the gameplay is fun and you're having a grand-old time, you're not scared. The "terrible" RE controls just serve as another way to make the game scary. If your character could control easily you would be able to artfully dodge any horrors you encountered, you'd be running circles around the idiot zombies. These controls are built to be inconvenient, crafted specifically to fail you when you're in full-blown panic mode.
The camera angles do the same thing. They are all placed to make it difficult for you to locate enemies around you. For example, the hall on the second floor: When you reach the corner, the angle doesn't allow you to see around it, but you hear a zombie notice you and slowly shuffle in your direction. The first reaction is "Holy shit, back up, back up!" But then the angle changes again so you can't see the intersection at all, so you move forward again and HOLY SHIT IT'S RIGHT THERE!
The game even punished you for killing enemies, whether it be in the form of limited ammunition or the horrifying Crimson Heads. If you killed a zombie and did not use your limited supply of oil to burn the corpse, it WILL come back to life faster, stronger, and far more dangerous than it was before. Your best bet is to conserve ammo and attempt to just avoid the living dead for as long as possible.
I realize REmake isn't for everyone. Some will still cite the controls, others might scoff at the puzzles, and some will just find it too frightening. But for those of you who are interested, I would say it's the best that Resident Evil has to offer.
#Community    #Rants
Login to vote this up!

I'm Zack, a college student from Michigan with a passion for films and gaming. It all started back in 1995 when my parents got me my first game for my birthday; Sonic the Hedgehog 2 for the Sega Genesis. I used to play it for hours with my little brother, I'd always be Sonic and he would be Tails. Together we fought our way past the robotic hordes of Dr. Robotnik and saved the day. Well, almost, we never were able to complete the final battle.
After the Sega, the computer became my main avenue of gaming. I was a fan of the Jumpstart and Cluefinders series of learning games. I remember always being two years ahead of the recommended level, a source of great pride for my young self. Around this time I also discovered Lucasart's Outlaws; a sprite-based shooter set in the old west. To this very day it remains one of my favorite games of all time.
A few years later, I was at my cousin's house playing their new-fangled Nintendo Gamecube. It was pretty cool, I liked the graphics. But then I put in the game that altered my life forever. That game was Eternal Darkness: Sanity's Requiem. It was the first horror game I had ever encountered. It was love at first sight.
From there it was Resident Evil, Silent Hill, and later the Penumbra series. Right now I am playing through Frictional Games' masterpiece; Amnesia: Dark Descent. It's fascinating to me to look at a horror game and analyze it. What makes it scary? What works? What doesn't? How would I improve it, what would I change? Ultimately I plan on entering the video game industry. I'm going for the creative aspects such as writing or art because math is the bane of my existence, but I still intend to give programming a shot.
Well I guess that about sums it up. I'm just a fun-loving guy with a love of gaming.