5:38 AM on 05.27.2011 (server time)    0
Wow, it has been about a month and a half since I have been able to write a full blog post. I have just not had time with the spring semester wrapping up and whatnot to keep pumping out writings. I am free for the summer, though, and until I have to go to RA training in August, I will be picking up where I left off. I am starting back with a last minute edition of this month's "Monthly Musing"! I am calling it a "P2 Press Start", though it might get off the topic a bit. So consider it a hybrid.

My favorite game of all time is Zelda: Ocarina of Time. It is the first game I beat 100% by myself, and it was immersive. Everything from the Zora's Domain becoming frozen after Ganon took over to the Kokiri Forest transforming into a totally different place. It was a rich world. What's more, I got to share this game with one of the most special people in my life.

I lived with my cousin Bradley, his mom (my aunt), my mom, and my grandmother from when I was born to when I was about 7 when we all moved out. Through those years, I became best friends and brothers with my cousin. I was an only child with a single mom and no idea who my dad was. We could have passed for brothers we were so close.

He got Zelda: OoT for a birthday one year, and I would sit there watching him play it for weeks on end. He eventually stopped after Dodongo's Cavern and moved on to Star Wars: Rogue Squadron. I didn't want to quit playing, though, so I kept playing Zelda on his N64 whenever I could for a few months. I would make up stories that I beat all these different areas just to make him think I was cool (though I actually couldn't beat Jabu-Jabu's Belly). For about a couple years, I quit as well and his N64 got packed up until he was almost done with high school. When I was in 7th grade and he was a junior in high school, my (ex)stepdad had gambled away the rent money one night when my mom was out of town. This was nothing new, but being a 13 year old, that had some emotional stress on me. He came over, and for one of many rare instances in my life, Bradley stood up for me, told him off, and took me away to stay with him and my aunt until my mom got back. At his house, I saw his N64 in the closet and asked if I could play it. He let me take it and Zelda home with me because he didn't have time for it and never played it. He also knew it would make me happy and wanted to cheer me up. 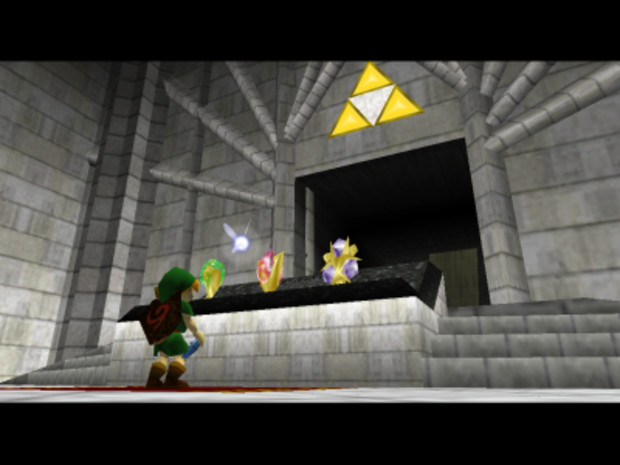 It is great to have a player two not just in games, but in life. Because without that Luigi, getting to the castle at the end is just a bit harder. Luckily, there is a point when our player two has to unplug the controller and go home for dinner.
#Community    #OpinionEditorial
Login to vote this up!