5:06 AM on 05.26.2011 (server time)    0
*\WARNING/ THIS ARTICLE CONTAINS SPOILERS OF THE FOLLOWING GAMES: Splinter Cell Conviction coop mode, FEAR , and talks about the coop feature in the upcoming FEAR 3*

The last mission from SC Conviction's coop campaign had to be the hardest one of the game. After reaching some kind of hangar, my partner and I had to deactivate the security system, run to the airplane and finally escape, while at the same time fighting off waves and waves of enemies. Stealth had pretty much jumped out the window at that point. It was more of a Gears of War type kind of game, with less health and ammo.

"Throw a grenade!" I yelled at my team mate, sitting right next to me in real life.
"I threw my last one five minutes ago!" he replied hectically. 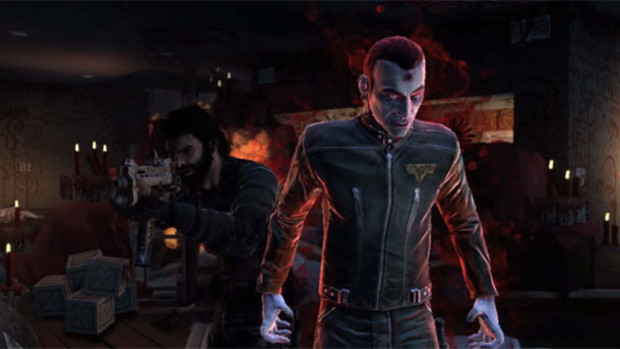 "The gist, though, is that you'll be scored based on your performance in a mission, and those points can be used to upgrade your character. For example, you can increase Point Man's slow-down meter. This makes the co-op a bit of an uneasy truce between the two brothers, and it often encourages players to think for themselves rather than the group. Unfortunately, if one brother dies, so does the other (they're psychically linked or some such ridiculousness), so you can't be a total jackass to your partner. Just a partial jackass."

This could lead to very interesting sessions where players feed for themselves, and only play together when they really have to: an uneasy truce. This raises concerns in other places, like can a game still be scary when playing with someone else? That's a topic for another day, but it could be interesting to look at how this competitive aspect can be used to enhance the scary parts of the game. For example, separating the players, and making them do a actions that benefit one (One player turning the light on...) and at the same time impacting the other (...turns the light off for the other player).

There are not too many competitive coop games out there, as in games that truly blend the two, but it could be a refreshing way to tackle the multiplayer side that a lot of games come with today. Let's not make it a thing though: after all coop means cooperative.
#Community    #OpinionEditorial
Login to vote this up!