Innovations in Gaming: when will it be the AI's turn?

6:07 PM on 05.25.2011 (server time)    0
Video games don't innovate very often, and when I mean innovate, I mean reach a major milestone, changing the way we play. These innovations may be good or bad depending on what you think about it, but you can't deny they have an impact on everyone. A few examples would be going from 2D to 3D, having two joysticks on a controller, touch based gaming and obviously motion gaming.


If we take a closer look at the games we play nowadays, there has rarely been one to truly break away from the norm in terms of gameplay, graphics etc. They look better and better each year yes, but they don't make you go "oh my god that's awesome" like for example one would react to from playing Metal Gear Solid 1 and Metal Gear Solid 4. They obviously hail from different technological eras, but that's my point. They look better a bit each year, until you notice the difference only when you look back and think "How the hell did I put up with that for so many hours??" (I'll admit being able to play FFVIII again and not cringe once, I like to think good games transcend ages, but that's a topic for another day).
To get back on topic, games get progressively better. Rare are the games that come along and shatter the way we play them in an instant. Yet they exist. 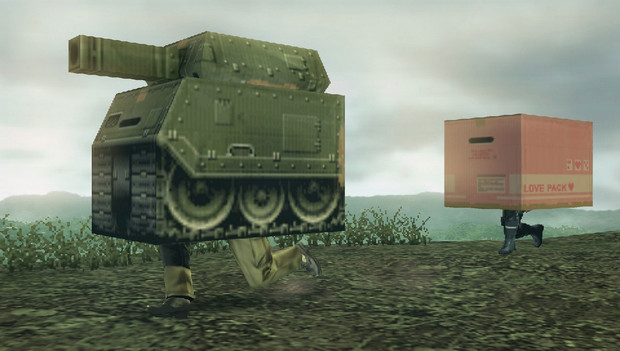 We could go on and on but the purpose of this topic was to touch on one thing: the AI. A very essential part of a game, especially with all the shooters that come out nowadays. Yet I can't think of a single game that had very good AI. We're getting there with Left 4 Dead's AI, but it really has just one objective: kill you. After so many generations of consoles, you still see the friendly AI that runs into walls or does not do anything. You still feel overpowered by the perfect AI that can see through walls, or the dumb AI that might as well stayed in bed that day, or finally the one that is so scripted (for example Homefront) it can stop you from advancing!
But even looking at a good game like Metal Gear, it's hard to appreciate the way enemies react to what you do. You would think that after waking up, even if they did not see you, they would ring the alarm or something, especially as soon as they see ANY sort of box whatsoever. Or do they all have insomnia and just thought their medication had worn off?
Why is there nothing substantial being made on that front? Will the game with a truly groundbreaking AI come this generation, or the next? Or will it be impossible to simulate? I like to think it is entirely possible, but if the major part of budgets keeps being put in the graphics side of things, we are not going to see anything anytime soon, whether it's the AI or a realistic portrayal of choice not limited to "I'm bad to the bone" and "I'm a saint". I guess it's up to us players to demand such innovations.

Who's up for a spamming party?
#Community    #Rants
Login to vote this up!