A-Z, with a stop at G; What being a gamer means to me 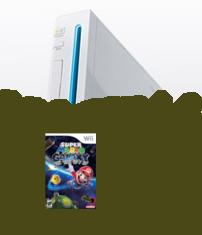 But on the other hand, they also help gaming: their emergence has marked gaming becoming more acceptable and commonplace, and have exposed more people to what games can be. It's because of them gamers are no longer thought of 30somethings living in their mom's basement (which was an unfair generalization in the first place), but as anyone; parents, grandparents, neighbors, now any of them could be gamers, and the stigma associated with gaming has largely gone away due to this newfound diversity.

"semi casual" (ok ok, I made that one up, let me finish)
I really think that we should have a term like this; it covers people who play a very narrow range of games and do not pay attention to the big picture. The CoD, FIFA, WoW, even Farmville players, who play one game with dedication, but don't do much else. I'd say this is mostly bad: these people are missing out on a much wider spectrum of experiences because of their narrow interests, and some get a bit too wrapped up in their favorite game., but it's their loss. The most we can hope is that as gaming becomes more and more prevalent, these people will expand their horizons and join the gaming community at large.


So yeah, that's how I feel about the subject. If you disagree (or have questions), just say so in the comments and I'll be happy to debate/explain.
#Community    #Rants
Login to vote this up!

Hi! I'm Unknown Quantity. I'm currently living in the Northeast US. I'm still in school, so I don't have much free time, but being a bit of a night owl helps me catch up on my favorite games. Which games,you ask? Most days I play some Brink or Tf2, but I also play strategy games like Galciv II and Age Of Empires II. I'll pick up singleplayer stuff from time to time as well. I'm starting out(for now) so ill get around to adding more to this sparse blog later.