LA Noire: In search of perfection 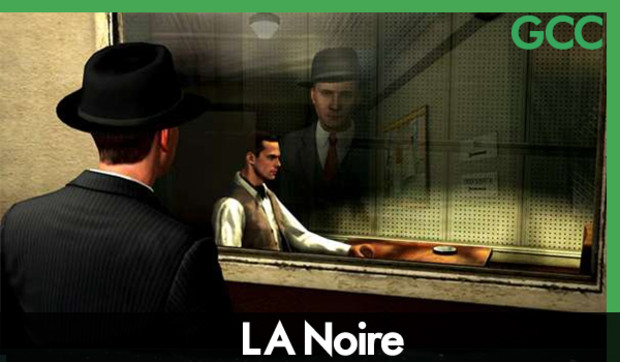 LA Noire is a game about people, places, connections, humanity and judgement. It’s gone beyond the general call of duty when it comes to video-games and technical innovation, it’s delivered something that may change the face of video-game storytelling. Literally. I’ve had a few days with the game now and I can safely say that the Nathan Hardisty around a few months ago was talking utter tripe. The game is outlandish in its approach to this new face tech and I can say the investment has been completely justified. It’s a brilliant example of technology used in the right approach, not in the right direction. The smallest details are what makes us human.

It’s what makes those faces and those lives. It’s what sends a shiver down my spine when I spend minutes deciphering a character’s face who has this calm, calm look but this evil look. This shift of muscles and then finally a human gulp. As in, the gulp to doubt their story. The gulp that sends their eyes blinking in every direction and Cole Phelps in victory. I press forward with my doubts and it proves fruitful. LA Noire sometimes, not all the time, pushes me over that edge and gives me a lick ofÂ what’s to come. It’s beautiful, it’s chilling and it’s so real. The powers of immersion at play have kept me under this hood for a long time and I can’t wait to see the end.

It’s a shame then that the problems in the way of it becoming a true masterpiece. It pulls some bad moves that are reminiscent of past Rockstar Games’ publications and generally all video-gamekind. These are some big, big problems and they all arrive at one definite crux: the search for perfection. LA Noire takes the smallest but some of the most important steps to facilitate the future of video-games. It makes us judge characters by their humanity, their faces and their actions, and not on how they act as non-player characters. It’s not about their movements anymore, it’s about how they move.

The problem I have with this search for perfection is that there’s elements here that get in the way of this ultimate perfection. I’ll come out and say that if these weren’t problems then we’d have on our hands possibly one of the greatest video-games ever made. There’s a problem in this search in that it ignores progress. It ignores moving towards specific achievements that this industry needs to get in its head. There’s two particular issues that revolve around something I tend to always talk about: dissonance. Or, namely, player/character dissonance.

The headline of LA Noire‘s act is the interrogations and questioning. It’s guessing people on how they gulp and move and twitch and fever their eyes or how calm they are. The game falls short when my character, Cole Phelps, should be my mouthpiece. He should be dictating my actions and not the other way around, yet half the time he’s the one leading the charge and not me. For example, in one of the game’s cases I was charged with interviewing the victim’s wife. I answered ‘Truth’ out of ‘Truth’, ‘Doubt’ and ‘Lie’. I had no evidence to prove she was lying and she didn’t seem too nervous in what she was saying. Naturally, I was right.

However, when I sensed her face was quivering a little on one of the questions and I started to look around the background I noticed a photograph of her husband with her daughter and then another photograph of herself with her daughter. It seemed odd to me that they’d keep themselves apart in family photos so when it came to questioning the condition of her marriage, which she replied was “Going fine” or something, I had no evidence to say otherwise. I noticed the quivering and decided to perhaps consult my evidence book. I didn’t know what to press forward for my accusation, perhaps the suitcase but it wasn’t clear enough. So instead I chose ‘Doubt’.

“You’re lying and you killed your husband!”

Does Team Bondi expect me to believe that after answering Truth to the rest of her answers that I’d somehow be secretly thinking she was the killer. I had just asked about motives and was trying to find out about reasons for the husband leaving that night. Cole decided, instead of quietly or calmly doubting her, to outright convict her of killing her husband. This is called dissonance when I have absolutely no idea what Cole will say, I have little control over what he will say and the fact that I have wanted to act differently to what the game wants me to do.

It doesn’t stop there, Cole accuses another suspect and another and another – all of whom clearly didn’t kill the victims – and he just keeps going. One second I’m judging faces and the next I’ve failed an interrogation. LA Noire likes to find ways around objectives if you mess them up, such as failing an interrogation, in my case I had to weave myself around a failed interrogation where Cole convicted a husband of killing his wife. I had to go through a chase scene and then, at the end of it, my boss comes along and calls me a degenerate and lazy cop for failing to know what my player character is going to say.

This could be so easily remedied with the dialogue wheel that Mass Effect uses. There’s an aura of vagueness around the dialogue mechanic and it hurts the game tremendously. This is without even getting into something else that has been bothering me about the game too. The mechanic, when it works, works brilliantly. You get a true sense of where video-games are headed and I can’t wait to see where this tech is applied next. The dissonance between my player character’s knowledge, of what to say, and what I want to say is often game-breaking in that I’m reminded that this is just a video-game.

There’s another problem I have with the game too:

“1hr in. Moriarty was right re games as kitsch. Derivative, uninspired, narcissistic. Nothing original to say, & said badly. #LANoire“

“@ClickNothing I find it funny you lambast LA Noire for being derivative and uninspired yet your own Far Cry 2 was a steaming pile of shit.”

That’s some guy who doesn’t understand arguing. That’s been retweeted over 59 times including the official Rockstar Games Twitter account.

1) It’s completely stupid to argue with anyone that just because they made a terrible game, in your opinion, that they’re not right. It’s even more stupid to not defend the game but instead just attack the person.

2) Clint Hocking is wrong on all fronts, except perhaps one.

3) Far Cry 2 was a great game. A lot of you will say I’m riding the Burch-mobile when I say that, but I love the game for completely different reasons. I too permadeathed the video-game, but I enjoyed the emergent choices and planning I had to make rather than the buddy system and the general ‘character empathy’ that the game did explore but I felt it could’ve gone one step beyond. For example, you can’t really interact with the buddies beyond accepting jobs, shooting them in the face, hearing them lecture you on politics and everything or reviving them.

“an invention of a new realm of storytelling that is part cinema, part gaming, and a whole new realm of narrative expression, interactivity, and immersion.”

“I don't want LA Noire to fall into this trap, I want it to be what it looks to do, a blend. An interactive story with cinematic elements blended in.”

I was completely right, sorta.

Jim Sterling said it best in his amazing first Jimquisition video. I’ve said it time and time before and I will agree with Clint Hocking just on one front, that LA Noire is uninspired. It is filmic, partially, and I would forgive it if it was subdued or alike films with partial literary methods of telling stories. Unfortunately, the cinematic elements halt this search for perfection and completely belittle any progress made by LA Noire. There are cut-scenes, there are hours of Phelps’ dialogue that I have no control over saying, there is a plot element and dialogue talks which mention people associated with Phelps who I’m supposed to care about but could not care less.

LA Noire does not signal the death of the cinematic game. It strengthens it. It shows that it can latch on even in our greatest moments, that it can haunt our triumphs and show just how stupid we are. It says that whatever we do, wherever we go, we will never be as good as film. We will always need film, we will always need non-interactivity in the space of easily made interactive moments.

#Community    #Rants
Login to vote this up!