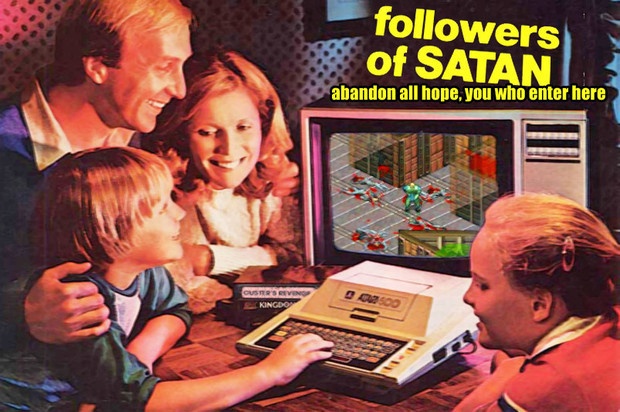 7:37 PM on 05.18.2011 (server time)    0
While this week we are basking in the awesomeness of a certain game called L.A Noire, something struck me during the build up to release of the Rockstar/Team Bondi collaboration. Something I probably did not expect and that was reading, what to my mind anyway, sour grapes from a fellow developer. I'm probably very narrow minded with this issue but I usually expect the whole playground style "mine's better than your's" argument for console corporation statements or for people who spend most of the day feeling incredibly insecure about a console purchase nobody actually gives a shit about in the real world.

On March 31st this year, Heavy Rain creator David Cage was quoted "What to say about L.A Noire? I think it's an interesting solution to a problem for now. But it's also an interesting dead end. That's exactly what I feel. Their technique is incredibly expensive and they will never be able to shoot body and face at the same time." He continued "With the technology we use, we can improve; there is a lot of room for improvement and we hope to show very soon where we are now. We've made significant progress since Heavy Rain and will continue to make progress until we reach the stage of Avatar. That is probably three, four five years from now." Ok so three, four, give years from now, cool David, really looking forward it.

I personally believe David Cage could of been a more respectful to Team Bondi's work, a lot more in fact. Now I maybe in the wrong here but from what I can remember when L.A Noire was first shown in gameplay form there was a massive positive reaction to the facial technology implemented into the game, myself included. I was thinking of the possibilities of this technology, games like Mass Effect for example, while having decent facial tech and lip sync, would most probably benefit from a similar technology. Someone had stepped up and offered something new in this regard, something people could of thought would be brought to the next generation of consoles not the current set.

Cage needs to look at himself, I admire him, his developing team and Sony for offering something different in concept with Heavy Rain which was a refreshing change to the usual Call of Duty copy and paste jobs we seem to be getting on a regular basis these days. Having said that, I do think he leaves a lot to be desired and if anything, something tells me a concept like Heavy Rain would of been a much better game if it was handled by the same team that has given us L.A Noire and I'm not just talking about facial technology either.

Cage's writing abilities for instance need a lot of work and if the current quality continues would likely hit a dead end before Team Bondi's facial technology does. With dialogue such as "It's a painkiller, it'll help reduce the pain" you have to question the man's logic thinking in terms of making a realistic story and dialogue heavy concept be credible especially in a industry where it is far more common to shoot a military solider in the head than it is to give a man painkillers after crawling through what seemed endless vents of glass. Did anyone at a high level or working with David directly ever question lines like the one quoted above and give feedback, "Hmm I don't think that sounds right or natural David". I'm sorry but from what I've experienced in Heavy Rain and Indigo Prophecy, they have promising ideas but they are smothered by poor structure to story and dialogue, something which needs to be strong in quality for games like these to succeed.

If what Mr.Cage says is true and we do get much better technology in three or four years then fine but here we are in 2011 and I think to write off something which has been embraced by the gaming public for something we won't likely see until the next generation machines start to mature reeks of sour grapes and a lack of respect for a publisher and developer which seems to have more overall talent in it's sphincter than Cage and Quantic Dream have in it's whole set up.

Be more respectful David, I know what you are trying to achieve with your games and I admire that but until you give us a product that has facial technology, gameplay and writing competency equal or better than most triple A products out there, shut your fucking mouth and realise if you are willing to accept feedback you might be getting the praise a certain game with dead end technology is getting.
#Community    #Rants
Login to vote this up!