I mean it! I'm a console gamer at heart. I've loved my Playstation since it took over my life at age 7, and my love for the console game will continue long into my old age, when my hands will be replace by bionic implants because I will have worn out my hand joints by 40 XD. I've never been much of one for portable gaming, either. I don't own even OWN a current-gen portable gaming platform. The closest thing you could say I have to portable gaming is my Zune HD, which has like...Audiosurf and some other crap (Because Microsoft never supported it).

The fucking GAMEBOY COLOR is by far the BEST gaming platform IN EXISTENCE.

I came to this realization through what I can only describe as divine intervention. I was up late last night, eating my Food and watching my Television...Generally being a total badass. My drink in one hand, my multi-functional remote controller in the other, I was on the edge of my couch cushion, practically GLOWING in anticipation. I was watching the Fringe season finale, and my eyes were boring holes into my screen from the sheer INTENSITY of my attention. Every muscle in my body was at that moment, as strong as tempered steel, and my over-inflated bladder was only fueling my power. There was not a BEING OF THIS UNIVERSE that was going to stop me from seeing the end of this program.

And then the unthinkable happened.

I noticed it in advance, as the lights flickered slightly, and the TV buzzed a bit. Then, after a few seconds...It cut completely. I sat, stunned in the cold blackness for more than a minute before I realized: THE POWER HAD GONE OUT.

Terror and rage surged through me. I had missed the final minutes of one of my favorite television programs...AND FUCKING PG&E WAS RESPONSIBLE. I battled my way through the blinding night, using my rage-induced super night-vision, and found a light source. I at once phoned the PG&E emergency hotline, and punched in the required numbers with the force and violence of a Titan's footsteps. After successfully conquering the pre-recorded menu to report a power outage, I then consumed the corded telephone in a hellfire inferno I summoned using only the power of my breath.

I returned to my primary dwelling and began to ponder my next move. There was no internet. There was no television. There was no way to digitally entertain myself at 1 in the morning...And I was growing impatient. I paced about my dimly-lit square, deep in cosmic thought to find a solution to my conundrum. Just as I was about to give up hope and go to bed at a semi-reasonable hour like any other rational human being...

I grasped my lantern and rammed my door through in an adrenaline-induced frenzy to get to our house's storage area. I lifted the entire structure with my bare hands and shook wildly until I found my old gaming hardware box. I threw the building aside and dove immediately into the trove of wonders. I dug frantically, tearing STRAIGHT THROUGH SOLID PLASTIC CONSOLES to get at my prize. At last, hands bloodied and body weary...I had found it.

My fucking GameBoy Color...With the Special Pikachu Edition of Pokemon still inside it.

My hands shook. I checked for batteries...They were there. My brow furred...Sweat now dripping from every orifice of my body. I flipped the small green device over in my hands again, and stared in riveting silence at the device I had found. My finger moved upwards. My stare intensified! My eyelid twitched furiously in the corner of my vision!! My heart was racing!!! WERE THE BATTERIES STILL CHARGED?!?!?

I flicked my finger gently upward on the power button, and heard the most beautiful sound my eardrums have ever had the pleasure to translate into my brain...

I returned to my room, set up my light source behind me, and began to play... 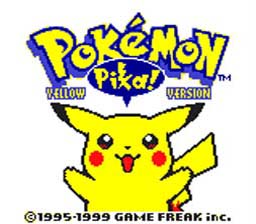 Now the reason that the GameBoy Color is the best entertainment console of all time is not that it is retro, or that it is old, or that Pokemon might just be the only JRPG that doesn't make me want to cut my own head in half with a chainsaw...It is that it is by far, the most DURABLE, RELIABLE, and ENTERTAINING console...EVER.

I can't tell you how old my GameBoy color is, or how much abuse it has taken. It survived my childhood, through being left in the car on scorching hot days, going through the washer multiple times, and probably too many droppings to count. And yet...It lives. Better than that...It entertains.

Last night, I probably would have had trouble going to sleep because I had nothing to do, and I was not yet tired. However, by some stroke of luck, I remembered this old device, and found myself up until almost 3AM playing Pokemon Yellow. No other digital device in my house could have given me entertainment in my time of need...Except this brilliant, 8-Bit wonder that STILL RAN ON AA BATTERIES...Something that is essential in a time when USB and Socket-Charging is not possible.

With it's vast entertainment value, and ability to function in a world without power...I hereby declare the GameBoy Color to the be the BEST VIDEOGAME PLATFORM IN THE HISTORY OF THE WORLD.

Thank you, and good day.
#Community    #Retro
Login to vote this up!

I am a gamer, and I like to play games.

My online beginnings were a long time ago, in the land of Halo 2 and primitive Xbox Live. I have grown since then. I have conquered the world of the PSN and Steam. Truly, I am a learned man of all forms of gaming...Except the ones I suck at. Of which there are many.

I'm mainly into FPSs. They seem to be the games I'm best at, so I generally enjoy them more =P. However, I'm not entirely foreign to fighters, RPGs and RTSs. In fact, some of my favorite games of all time have included many RPGs, like Mass Effect and Oblivion.

I wish I had more time for gaming these days...But college is important, and someday I want to work on games.